Economists argue that carbon taxation (and more generally carbon pricing) is the single most powerful way to combat climate change. Since this is so controversial, we need to explain it better, and to be precise, the efficiency gains are largest when the costs of abatement are strongly heterogeneous. This is often—but not always—the case. When it is not, standards can fill much the same role.

To internalize the climate externality, economic efficiency calls for a global carbon tax (or price) that is equal to the global damage or the so-called social cost of carbon. However, equity considerations as well as existing geographical and sectoral differences in the effectiveness of carbon taxation at reducing emissions, suggest earlier implementation of relatively high taxation levels in some sectors or countries—for instance, among richer economies followed by a more gradual phase-in among low-income countries.

The number of national and subnational carbon pricing policies that have been implemented around the world during the first years following the Paris Agreement of 2015 is significant. By 2020, these programs covered 22% of global emissions with an average carbon price (weighted by the share of emissions covered) of USD15/tCO2 and a maximum price of USD120/tCO2. The share of emissions covered by carbon pricing as well as carbon prices themselves are expected to consistently rise throughout the decade 2021–2030 and beyond. Many experts agree that the social cost of carbon is in the range USD40–100/tCO2.

Anti-climate lobbying, public opposition, and lack of understanding of the instrument are among the key challenges faced by carbon taxation. Opportunities for further expansion of carbon taxation lie in increased climate awareness, the communicative resources governments have to help citizens understand the logic behind carbon taxation, and earmarking of carbon tax revenues to address issues that are important to the public such as fairness. 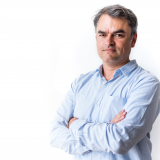 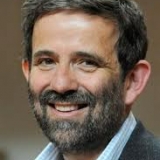