A malaria project in Kenya

The spread of malaria is effectively controlled by the use of preventive technologies such as Insecticide Treated Bed Nets (ITNs). To achieve strong community effects on mortality and morbidity, the WHO recommends that each household should own one ITN for every two people living there.  However, no cost sharing distribution program is known to have reached this threshold. Scientists say the disease could be eliminated in five years if everyone in malaria endemic areas slept under bed nets.Thus the problem with malaria is a classical social dilemma problem.

Previous studies show that households’ have heterogeneity in the perceived mechanism of malaria transmission. The households’ perceived uncertainty regarding bed nets allows individual risk preferences and perceptions to play an important role in uptake of bed nets. Moreover, the peoples risk attitudes may predict the usage of bed nets too. This study will address the access and targeting problem by studying the effect of individuals risk attitudes on uptake and usage of ITNs. This has not been previously addressed in the literature on preventive health products for infectious diseases.

The problem of resistance in malaria medication

The question is how to reduce malaria mortality and morbidity while at the same time limiting resistance to the latest generation of antimalarials, the ACTs, is one of the most important questions facing the global health community today. Resistance to all known anti-malarial drugs with the exception of artemisinin derivatives has developed in various degrees in various countries. With only one effective antimalarial drug left, its effectiveness becomes a global public good whose protection from early resistance is a priority. Unfortunately, malaria treatment is characterized by constant misuse through the overuse and underuse of antimalarial drugs. People also save old antimalarial drugs at their homes in wait for the next malaria infection. This poses a growing health threat to resistance of malarial parasites to antimalarial drugs.

Introducing Community Health Workers (CHWs) in the community is seen as a key response to addressing the malaria control problem. CHWs are trusted and respected members of the community. The role of CHWs is to identify who has malaria in the community, test them to confirm malaria, treat patients with malaria positive RDTs using recommended antimalarial medicine or refer complicated malaria cases to the health facility. So far, approximately 6000 CHWs have been trained and rolled out in the lake endemic region.

The question is what is the possible effect of CHWs on antimalarial drug resistance. A question that is not been studied before. Are CWHs associated with more or less drug use? CHWs may be associated with the supply and distribution of large quantities of ACT. Such large scale treatment (especially when no testing involved) will increase drug use and the percentage of individuals with sub therapeutic levels of medicine. Even with the existence of tests, drug stock outs could cause the CHWs to anticipate shortage which prompts them to give households more medicines than they require in case of the next malaria attack? CHWs could also have an effect on uptake of other antimalarial drugs or crowd out a usage of malaria preventive technologies such as bed nets. It is known that both patients and health providers often do not take the resistance risk into account when deciding what type of anti-malarial treatment to take and how.

In this study, we will study the drug use and malaria preventive behavior (such as bed net use) of individuals who have access to the CWHs (i.e. in one of the zones). We will also ask the CWHs itself to fill our survey to get a picture of how they affect the supply of malaria medication and therefore also the threath of resistance. 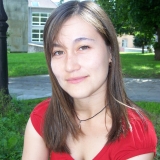 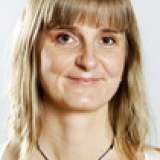