This research project will study if and how procedural fairness concerns affect coordination such as in the provision on threshold public goods. The provision of such goods can be modeled as a coordination game with several, non-pareto-rankable equilibria. Without any additional mechanisms, coordination on an efficient equilibrium has proven to be difficult: Who should contribute, and how much? For example, in the case where the contribution of one individual is enough to provide the public good: Who should be the volunteer?

A theoretical solution is the introduction of an external mediator who simply picks a volunteer at random. However, will the volunteer actually comply and provide the public good? This study aims to investigate if procedural aspects, such as the likelihood of being picked as a volunteer, influence people's behavior in coordination games with an external signal acting as a coordination device. While fair coordination devices have been proven to be efficiency-enhancing, we study a situation where inequality in expected payoffs is introduced, and its effects on coordination and payoffs.

This is relevant for situations with multiple equilibria that are not pareto-rankable and where fair coordination mechanisms are infeasible or not established. Several studies have shown that besides purely distributional preferences, people also have preferences over the rules, norms, and procedures that determine outcomes. However, these aspects have not been studied in coordination games before.

To answer our research question, we will study a game called the “Volunteer’s Dilemma”, a 2-player coordination game that captures the payoff structure of threshold public projects with high gains for both players when the project is implemented, high costs for the volunteer and no gains for both parties when no one volunteers. We use three different treatments to investigate the effects of procedural concerns on coordination rates and payoffs: A baseline treatment without coordination device, a treatment with a fair device and a treatment that favors one of the players.

In our analysis of the experimental data, we will use the game theoretical concept of Correlated Equilibrium. We will test whether integrating the procedural fairness model developed by Trautmann in 2009 into the correlated equilibrium model improves predictions on players' behavior in a laboratory experiment, compared to the original model with standard preferences.

Hence, our study contributes to the literature in two ways: First, we extend the experimental literature on coordination and public good provision by investigating if the introduction of a coordination mechanism that systematically disadvantages one of the players and generates ex-ante inequality decreases efficiency compared to a fair mechanism. This is relevant for situations where fair coordination mechanisms are infeasible or not established. Furthermore, we will test whether extending the Correlated Equilibrium concept with the procedural fairness model improves the model’s prediction compared to using standard preferences. 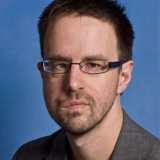 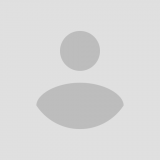