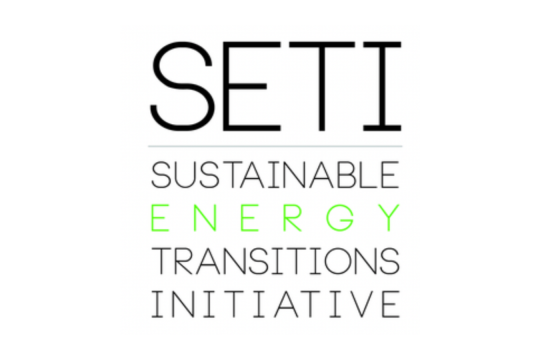 A vibrant network re-united at the SETI 2022 Annual Workshop!

Over 20 researchers from all over the world presented findings about energy policies, infrastructure, energy use and distribution in countries of the Global South at the Sustainable Energy Transitions Initiative (SETI) Annual Workshop. A plenary session on the energy-gender nexus was also held in partnership with WinEED.

Is it possible to decrease emissions by increasing energy access? Do lower taxes increase solar energy adoption? Does improving energy access provide better gender outcomes? These were some of the questions attempted during the virtual sessions of the SETI 2022 Annual Workshop held on June 23-24.

Gunnar Khölin, the Director Environment for Development Initiative (EfD), was in charge of the initial words, welcoming the 66 people (including researchers, students, and policy actors) that attended the first day of the workshop. In his opening remarks, Gunnar Khölin, the Environment for Development (EfD) Director applauded researchers for their consistency in addressing the energy challenges of our time. He expressed optimism in the research’s contribution to policy making.

Marc Jeuland, the SETI Co-Leader, informed participants that the gist of his visit to Chile in April was to initiate discussions about SETI's next phase. He also highlighted the importance of researchers returning to fieldwork after months-long disruptions presented by the Covid-19 pandemic. The SETI Co-Leader in Chile, Marcela Jaime, was gratified to meet with SETI fellows again, this time with a very interesting program that included an energy-gender nexus session and the participation of PhD students in the framework of the formation of advanced human capital.

The first day of the workshop wrapped with a plenary session where PhD students presented their works in the flash talks format This activity, in the framework of advanced human capital formation, enabled the young researchers to receive feedback from the SETI network, which is deemed an essential improvement on their thesis projects.

The second day of the workshop opened with the plenary session: "The energy-gender nexus: an intersectionality approach & partnerships", here María del Pilar López, Director of WinEED, explained the work of the EfD’s gender collaborative.

Johana Castañeda (WinEED) presented about the natural nexus that exists between SETI and WinEED, while Marcela Jaime (Co-Leader of SETI) presented results of the energy-gender nexus and intersectionality study in the framework of IDRC’s project (Inclusive Low-Carbon Transitions for Sustainable Development in the Global South: Development of an Actionable Research Agenda).

Relatedly, two research presentations were made: (i) A literature review on the energy-gender nexus presented by Ipsita Das (Duke University); and (ii) Evidence from seven countries on gender empowerment and energy access by Krishnapriya Perumbillissery.

In the afternoon three parallel sessions crowned the day. . The first session discussed Improved Cooking Technologies (ICT), while the second session, handled energy-gender nexus & intersectionality, with researchers discussing linkages between energy access and gender outcomes, and the gains of pay-as-you-go LPG for cooking in an informal settlement in Nairobi.

Energy policy was the main topic of the third research session, where researchers presented about LED street lighting in Chile municipalities, possible bias in energy efficiency concerns in Africa, household heating choice of wood, and eco-tourism and energy access in the high Himalayas.

You can access to the workshop materials by clicking on here! If you want to get in touch with our collaborative, please email us to SETI@udec.cl.