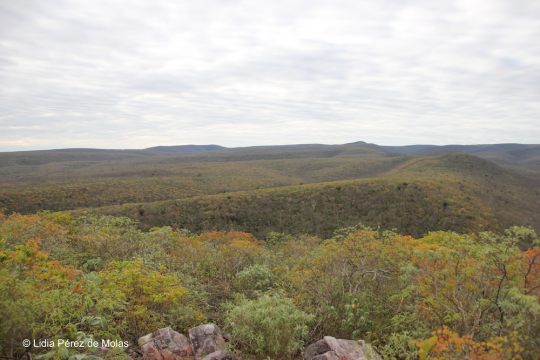 Network highlights the environmental economic valuation in the Gran Chaco

Thursday, July 28, 2020. The project Ecosystem Services Valuation Network for the Gran Chaco led to the virtual realization of the II International Seminar for the Valuation of Ecosystem Services, which counted on July 16, with the participation of researcher Roger Madrigal, coordinator of the Environment for Development Unit or Environment for Development Central America (EFD-CA), of the Tropical Agricultural Research and Higher Education Center (CATIE, by its Spanish acronym).

Madrigal's presentation highlighted the importance of the environmental economy in making visible nature's contributions to humans. "The timely use of economic valuation can help raise awareness of society and motivate companies to finance projects to restore or conserve key ecosystems," added the researcher.

The scientific papers presented showed examples of the application of environmental economic assessment methodologies executed in the Gran Chaco region, which is in South America, and covers part of Bolivia, Paraguay and Argentina. At the same time, other studies presented shared information on their uses for public policy design.

It is important to note that the formation of the Network arose from the need to create a space for academic interaction on economic valuation methodologies applicable to the ecosystems of the Gran Chaco region.

From all these experiences, CATIE and EfD-CA will continue supporting the development of this network in benefit of the ecosystems and the well-being in the Gran Chaco, and recognizing that the positive answer that have received this project has been broad, so it is hoped to increase the base of interested stakeholders in this topic in the region, in the short and medium term.

For people who wish to learn about the research work shared during the II International Seminar on the Valuation of Ecosystem Services, they can go to the website: https://cemit.una.py/seminario-valoracion-se/