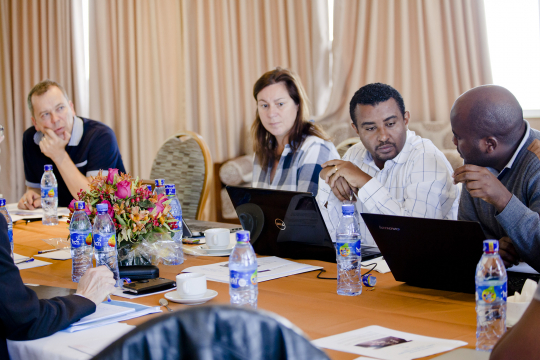 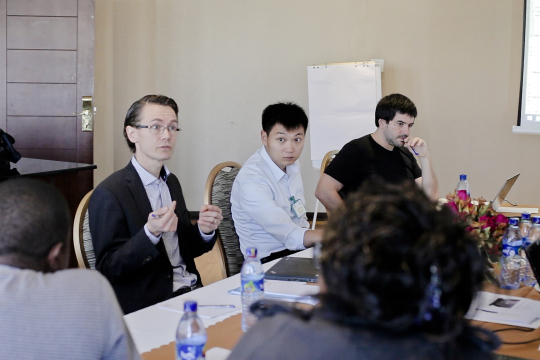 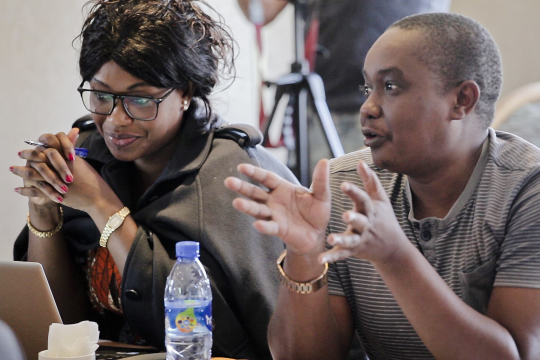 The ESAforD (Ecosystem Services Accounting for Development) research team, led by Dr Juha Siikamӓki, presented eight of their case studies at the 11th Annual Meeting of the EfD (Environment for Development) Initiative held in Addis Ababa (Ethiopia) from 27 to 30 October 2017. The research team organised a three-day internal workshop afterwards and developed action plans for synthesis research based on research outputs from different case study sites.

The ESAforD project is gathering pace towards the finishing line. This cross-country project seeks to further the methodological development and standardisation of the valuation of ecosystem services. This three-year project was initiated in 2015 jointly by the EfD, the Swedish EPA (Environmental Protection Agency) and the World Bank WAVES (Wealth Accounting and the Valuation of Ecosystem Services) programme. After two years’ intensive work on case studies in seven different countries, the research team has been delivering case specific research outputs and is now working towards the final synthesis study.

The 11th Annual Meeting of the EfD set an ideal stage for ESAforD researchers to disseminate their case study results and gather constructive feedback. They presented eight of their case studies, which account for about one tenth of all presentations in the event. More specifically, these studies attempt to place a monetary value on the water purification service sourced from forests, the pollination service attributable to forests as habitats for pollinators and the recreational service provided by urban greenspaces. These studies rely on data collected from China, Costa Rica, Ethiopia, Kenya, South Africa, Sweden and Tanzania. The emergence of mega data with detailed spatial and temporal resolution has enabled ESAforD researchers to make methodological improvements and apply them to important case studies. For instance, the study of Dr Zhaoyang Liu measures the recreational value of urban greenspaces in Beijing as their contributions to house prices which are more tangible. The provisional results find that the total value of Beijing’s greenspaces ranges from CNY 0.26 trillion to over 1 trillion, which is comparable to the megacity’s GDP in 2016 (CNY 2.3 trillion). Such value needs to be taken into account when considering the benefits and costs of expanding or reducing the city’s greenspaces. These studies received very positive feedback from the audience, and were considered highly publishable in leading scientific journals and considerably informative to policymaking.

In the subsequent internal workshop, ESAforD researchers assessed the current progress of the project and envisaged the possibilities for the following synthesis research. The fact that comparable case studies have been undertaken in different locations suggests the possibility to draw generalisable lessons and derive unique findings that are difficult to achieve using data collected from one single location. For example, the working group discussed whether people’s willingness to pay for additional urban greenspaces would be affected by certain location specific factors such as social inequality and cultural diversity. Such findings would enhance our ability to better infer on people’s willingness to pay in other locations where primary data do not exist. In addition, the working group launched plans aiming to publish a special issue in a high-quality scientific journal and organise a special session in the 2018 World Congress of Environmental and Resource Economists, in an effort to further disseminate the research outputs.