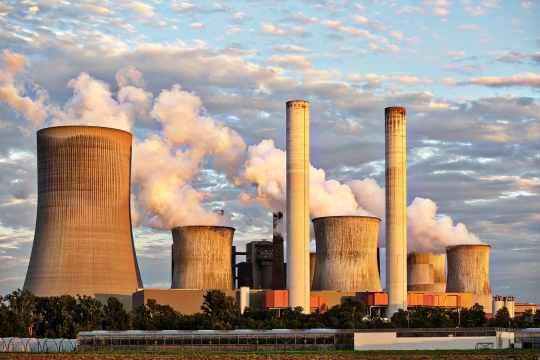 “The end of coal”, what will that mean for South Africa?

This month saw the conclusion of COP26 where over 200 countries gathered to discuss climate change and national climate change plans. A key outcome for South Africa was the UK, USA and EU nations agreement to support South Africa’s transition away from coal. EfD associate, Anthony Leiman, explains what the ‘Just Transition’ deal means for South Africa.

A primary focus of this year’s COP summit was the need to move away from fossil fuels, particularly coal. Such transitions pose serious challenges for developing countries, especially those, like South Africa and India, that still rely heavily on coal industries.

One way to encourage such shifts is the ‘Just Transition Transaction’ - concessional finance from developed countries that subsidizes a shift to low-carbon technology. An example that came out of COP26 was the $8.5 billion promised to South Africa (by the UK, USA and EU nations), much of it intended to help reduce its reliance on coal.

Less developed countries, like South Africa and many African countries, face a dual challenge; how to achieve Sustainable Development (including SDG 7 - affordable clean energy) whilst still reducing GHG emissions. The political declaration made on the Just Transition deal in South Africa prioritizes protecting vulnerable workers and communities, especially coal miners, women and youth, affected by the move away from coal.

“This, like much of the COP process, is not just about rich countries agreeing on their own GHG policies, but also on how much they should pay (as incentives or compensations) to less developed countries who agree to follow suite. At heart it is a debate about justice”, says Anthony Leiman.

The cost of an end to coal

South Africa’s energy sector is heavily reliant on fossil fuels, coal providing ~80% of the country’s power. Although many of the country’s thermal power stations are aging, coal power is an established technology, and the country is a major user and exporter of steam coal. A decision to phase it out, while beneficial for the global climate, will impose costs on the South African economy. While, it has been argued that investing in new coal-fired power stations is not financially sensible given the falling cost of renewables (like solar power), this relies on the assumption that the stability of supply will be achieved by using imported gas as a part of the energy mix. South Africa's economy is forex constrained, and this uses an import to replace a domestically produced input: without the JTT, it is unlikely that South Africa could achieve a successful transition in the time agreed.

“Reducing coal use and coal exports will affect national income. When nations agree to stop using coal, they effectively depreciate their coal reserves, reduce their wealth, and national income falls,” says Leiman. In order to minimize the socio-economic impacts associated with coal phase out (e.g., job loss) it will be imperative that all parties to the agreement deliver on their promises.

What are the costs of “the end of coal”?

Supporting transition – the matter of incentives, supply and demand

Read the key outcomes from COP26