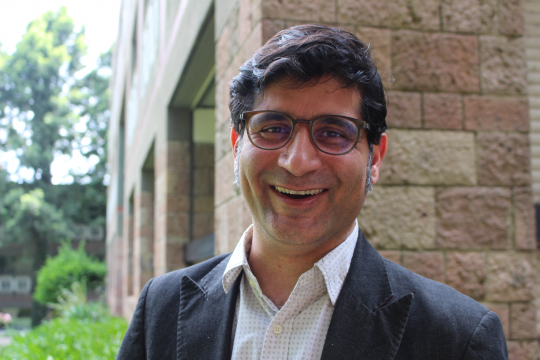 Dr. Mudit Kapoor, senior EfD and CECFEE member, has been appointed advisor to the newly formed National Data and Analytics Platform at NITI Aayog, the policy think tank of the government of India. The mission of this platform is to digitalize data and make them more accessible for researchers and policy-makers.

One prioritized area for the Indian government is digitalization. Currently, a lot of data is collected on the federal and state level as well as in the 650 districts. One problem is that the communication between different institutions is inadequate, so data can’t be combined and made available to researchers.

The purpose of this new platform is to gather all the publicly available data, create a central depository and digitalize it, to make it accessible for researchers and policy-makers.

Data from multiple sources is needed

“It is really exciting to be a part of this,” comments Mudit Kapoor.

“Being a researcher, I’m painfully aware of the difficulties of getting access to relevant data, even though there is so much information being collected. Most development challenges are not singular, that is, you need data from multiple sources.”

The Technical Advisory Group will advise on how data needs to be collected and how it should be presented and made available for researchers. The members of the advisory group represent different research domains – Mudit Kapoor for instance will represent the health area – which will ensure that all departments of the government will be involved and communicate.

“We will also advise on how to avoid making mistakes in the process. This is a very comprehensive and complicated project,” says Mudit Kapoor.

The NITI Aayog (short for National Institution for Transforming India) advises the government on policies and the impact of policies in a wide range of areas, such as environment, health, education, agriculture, and digitalization. It is also the research department of the government and it is chaired by the Indian prime minister himself, Narendra Modi.

For more information about this comprehensive project, see the attached vision document!