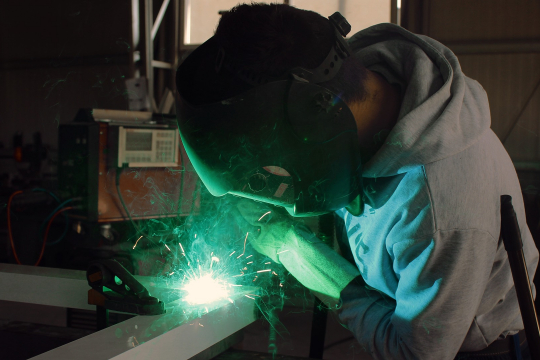 New research shows that it gets harder for people to work when it gets hot, and this may lead to a reduction in national output in warmer years. A hotter climate may also lead to increased income inequality.

Hotter years have been routinely linked with reduced economic output in developing countries. New research shows that one reason is that people are less productive at work and more likely to be absent on hot days. The aggregate effects are large enough to significantly reduce the output of the manufacturing sector. By using several high-frequency microdata sets of worker output and a nationally representative dataset of more than 58,000 factories across India, researchers found that plants produce about 2% less revenue for every one-degree rise in annual temperature. This is reflected in lower Indian GDP output in hot years and possibly also lower year-on-year growth. Researchers estimated that the greatest declines occurred in labor-intensive plants.

“The effect of high temperatures on lower crop yields has been previously established”, says Dr. Anant Sudarshan, South Asia Director of the Energy Policy Institute at the University of Chicago. “This paper shows that rising temperatures can also hurt economic output in other sectors by reducing the productivity of human labor. The damage is greatest when already warm days become hotter. If India wishes to succeed in becoming a manufacturing powerhouse using cheap labor, we need to think hard about how we can adapt to a hotter world.”

Dr. Sudarshan co-authored this study with E. Somanathan of Indian Statistical Institute, Delhi, Rohini Somanathan of Delhi School of Economics, and Meenu Tewari of University of North Carolina at Chapel Hill. The authors argue that although the focus of the paper is on Indian manufacturing plants nevertheless, because heat stress is a universal physiological mechanism, there are implications for any sector where labor is important such as construction or services.

“We see that in the absence of climate control, worker productivity declines on hot days, and we spot absenteeism even for workers in factories with cooling facilities. When you compound that with limited adoption of climate control technologies in manufacturing industries, you know that we are dealing with a complex problem here”, explains E. Somanathan.

“It is entirely possible that the industrial sector might respond to high temperatures by increasing automation and shifting away from labor-intensive sectors in hot parts of the world. These adaptive responses may increase wage inequality,” adds E. Somanathan when asked what the future would look like according to him.

“The trends that we see in our data makes us think that warm countries in the developing world may face a pervasive 'heat tax' that could damage the competitiveness of their manufacturing sectors and further hurt the wages of poor workers. Research into low-cost technologies to protect workers from ambient temperatures may have significant social value”, says Anant Sudarshan

This research has been cited in over 40 newspapers in India