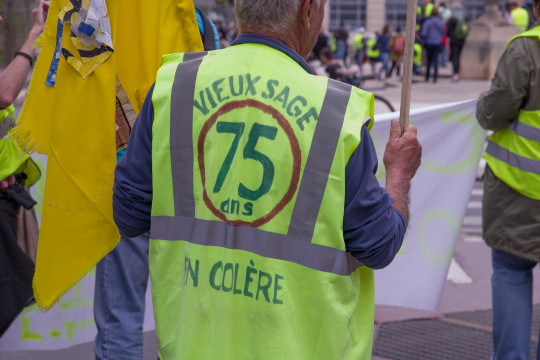 Acceptance and inclusion are essential when implementing green policy

What does it take to make a transition to a green economy successful? In many cases, green reforms have encountered protests and even political unrest. Meet Niklas Harring, a researcher at the Department of Political Science at the University of Gothenburg, who has compiled a briefing note, that is, a guide on acceptance and inclusion for such reforms.

What is the purpose of this guide?

I want to emphasize the importance of public acceptance. For instance, in order to understand policy feasibility, it’s not enough to discuss optimal climate tax level we also have to include the aspects of acceptability and inclusion.

Why is that important?

For one thing, there is the normative factor, that is, in a democracy, politics should reflect people’s opinions.

But there are also the practical factors: For example, that acceptance of a policy can increase compliance.

Within the expert community, there is a strong belief in carbon pricing. But expert support is not enough, you have to consider the people’s attitudes to have a successful implementation. One well-known example is the yellow vest protests in France, where people with low incomes in rural areas experienced that climate taxes would affect them much more than people with high incomes (who in addition often live in big cities and are not as dependent on their cars). As you know that didn’t land well.

Who is this guide intended for?

Primarily politicians, civil servants at tax authorities, and environmental protection agencies. It’s also useful for researchers and others who want a better understanding of this topic and want to get an overview of research in the field.

Many countries are about to implement policies for a green transition, so I hope it will be relevant for many stakeholders.

Have you found any major knowledge gaps?

Yes, a lot of research has been conducted in the Global North, but not much in Africa and Asia. Some findings are likely to be generalizable while others are not. For example, in Europe there is the political left-right scale that explains many differences in attitudes, in the US a dividing line goes between democrats and republicans. But what is the situation when the conflict lines look different? Can it be rural versus urban areas, ethnic groups, or religion?
The researcher community has a great responsibility to fill in those gaps.

Facts, the Inclusive Green Economy (IGE) program
EfD and Gothenburg Centre for Sustainable Development (GMV), collaborate in an extensive program for capacity development in Eastern Africa, IGE. This program strengthens the national capacity to create an inclusive green economy. The training focuses on economic instruments while considering the social aspects of the policy implementations.
The guide is produced within this program.