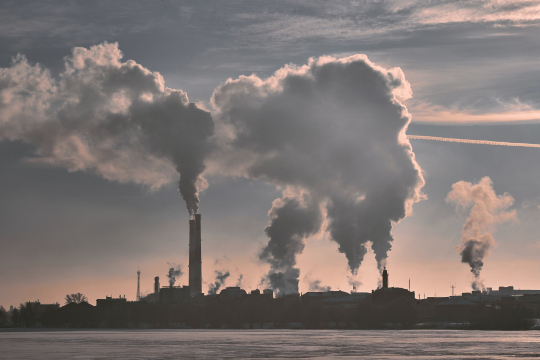 A recent report from the International Monetary Fund, IMF, underlines the urgency of ending the subsidies of fossil fuels and implementing carbon taxes globally. This report contains a global, regional and country-specific update. The message is very clear: The world needs a correct price on carbon that accounts for its real costs, but currently the development is heading the wrong way.

The world needs to have the right policies to deal with climate change. The IMF shows in this study that efficient fuel pricing could reduce global carbon emissions by 36%, (in line with keeping global warming to 1.5 degrees) while improving the way the economy works: raising revenues worth 3.8 percent of global GDP and preventing 0.9 million deaths caused by air pollution!

Attacks on the idea of carbon pricing

There have recently been many attacks on the central idea of carbon pricing. Cullenward and Victor write in their very thought-provoking and interesting book “Making Climate Policy Work” that such a price – if it existed would of course do the job. They believe however that carbon pricing – and particularly carbon permit trading will never work. The political dynamics are very prone to capture – not to say corruption.

Same problems with other instruments

I agree that there are many challenges with permit trading on a global scale. The authors identify some roadblocks that we must deal with. There is however no way around it. The weakness with the book is that it becomes uncharacteristically naïve when they speak of alternative policies like regulation and don’t analyze the fact that many of the same problems will turn up with other regulatory instruments.

In addition, a number of serious additional problems turn up. Regulations typically deal with old and established uses of fossil fuel and have no ability at all to deal with new sources of emissions. However, new technologies are bound to become a big problem. Fossil fuels are highly potent and thousands of new products and processes are just waiting to be invented that will increase emissions in the future. If you deal with fossil emissions one by one – gasoline cars, diesel cars, heating, cement, etc – then (if you are successful) the reduced demand will lead to lower world prices and as a consequence a strong stimulus to all kinds of new use. There is no other instrument than an all-encompassing price on emissions that can deal with these new emission sources.

So step number one for climate policy is that we need a carbon price. That does not mean that we don’t also need complementary policies – for instance, to create alternatives to fossil fuel – R&D for renewables, infrastructure, and policies to deal with inequities and injustices that may make carbon pricing politically and socially unacceptable if done clumsily and thoughtlessly.

The very first step will anyway be to get rid of all the wrong policies – like subsidies for pollution. The IMF shows that efficient fuel pricing could reduce global carbon emissions in line with keeping global warming to 1.5 degrees), while improving the economy: raising revenues and preventing close to 1 million from dying prematurely because of air pollution.

No cost for society

Carbon costs are not a cost to society. On the contrary, subsidies are a cost to society, and getting rid of them is thus a BENEFIT to society. Still, it is so difficult and we have to realize that even if there is no cost but instead benefits to society there can still be political costs. If their campaigns are funded by the fossil polluters (which happens even in some very mature and respected democracies) then breaking ranks can be very costly for a politician. But this makes it all the more important to understand and popularize these issues so that such brave politicians at least receive appreciation and support from the environmentalists.

And the future will prove them right.