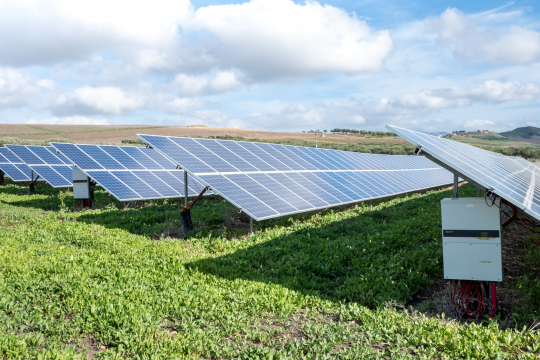 EfD researchers E. Somanathan and Shoibal Chakravarty argue in a study that backing the coal plants expansion policy is flawed. They outline the private and external costs of electricity from coal, solar, and wind using the most recent data and literature, focusing the study on India.

India stands as the world’s third-largest emitter of CO2 after China and the US. Coal-fired power plants contribute to half of India’s CO2 emissions. The electricity sector accounts for two-thirds of India’s coal use. Alternate sources of energy like solar and wind have been promoted in the last decade by the present government; however, since renewable sources of energy cost almost three times that of coal, the policymakers have kept relying on coal as the major energy source. India’s emission reduction goals are hence at odds with its energy policy.  This is based on the claims that coal is the cheapest source of electricity and the draft National Electricity Policy 2021 argues for the expansion of coal plants.

A study by EfD researchers E. Somanathan and Shoibal Chakravarty shows that once environmental costs are accounted for, the average cost of electricity from almost all coal plants exceeded that of new solar and wind plants in 2018-19. This holds true even without taking into account the climate change impacts.

The external cost of burning coal is calculated as a sum of environmental costs associated with coal mining, agriculture impact due to reduced insolation, and mortality cost of air pollution. To arrive at the latter, the study estimates the number of deaths caused by emissions released by coal plants (estimated at 135,000 in 2018), which is then multiplied by the Value of Statistical Life (VSL[1] ) and added to the private cost of burning coal. This is common practice for calculating the external costs associated with mortality. The finding arrived at a total external cost of about Rupees 1.64 per kilowatt-hour of energy generated by coal. This estimate, which tallies to about 1 percent of gross national income, is still an underestimation due to several kinds of data unavailability. This cost is then added to the total private cost to arrive at the total social cost of burning coal by power plants.

Renewables are likely to remain cheaper

The researchers provide projections of the social cost of electricity from various sources for the year 2025. Taking into account the growth in electricity demand, they show that, even when storage costs are taken into account, wind and solar plants are still the cheapest source of electricity for meeting the projected demand. The social costs of coal do not include climate externalities or stranded asset risk and hence are undervalued. It is found that renewables with storage in 2025 will be competitive with new coal power plants from a social perspective. The authors hence argue that there is no case for new coal plants in India.

“It is time to recognize the inevitable. Renewables with storage will replace coal power plants” says Dr. Shoibal Chakravarty, one of the authors of the study.

“If environmental and social costs are taken into account, new coal power plants will become uneconomical even from a purely domestic Indian perspective as early as 2025. A visionary policy would encourage the quicker introduction of renewables with storage, stop the building of new coal power plants, re-tool existing coal power plants to be more flexible, and manage the social and economic ramifications of the transition from coal and other fossil fuels, including transition assistance to coal-dependent workers and regions. Significant international climate finance assistance could enable a quicker transition, and India and other developing countries should aim for this in international climate treaty negotiations.”

[1] VSL is an estimate of the annual monetary loss from the deaths due to air pollution.