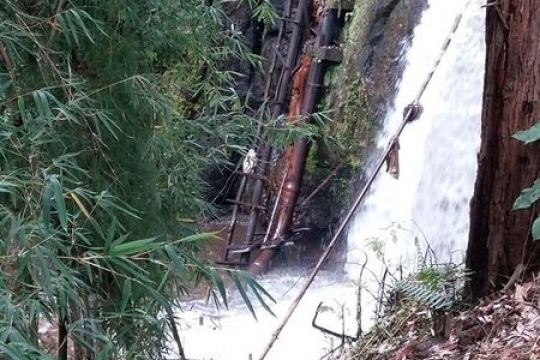 For the average rural Kenyan, having a fully charged mobile phone isn't just a luxury that allows them to make phone calls. It’s a complete office for running their small businesses. So when people have access to an electricity source that allows them to keep their phone batteries charged, it means the entire local economy benefits.

Kenyan environmental economist Mary Karumba recently studied some of the social and economic factors surrounding the use of small-scale hydro power plants in remote communities in her home country, as part of her doctoral studies with the University of Cape Town’s Environmental Policy Research Unit (EPRU) at the School of Economics.

She found that once previously off-grid communities got access to electricity from hydro schemes, it was easier for them to keep their phones charged. People were therefore able to run their businesses more efficiently.

‘Having a functional mobile phone at all times is important for people living in remote parts of the country,’ Karumba explains. ‘Previously, people would have to walk or drive great distances, to shopping centres for instance, if they wanted to charge their phones. But in communities where people were able to opt into a local community-funded and run hydro scheme, they are able to charge their phones at home.’

This isn’t just a benefit in terms of the time saved in travelling to sources of electricity, or transport fares to get there. People are able to make mobile money transfers, find out important information on agricultural markets before taking their produce to the nearest town for sale, or get urgent veterinary advice.

‘Being able to communicate easily over distances in such remote places is really fundamental,’ explains Karumba.

Kenya has an abundance of solar and micro-hydro electricity potential, although the state hasn’t capitalised on the opportunities to date, according to Karumba. In remote parts of the country, where communities are too far from the national electricity grid, or connection costs are too expensive, putting in a small community-funded and managed hydro power plant is a viable solution to addressing energy poverty in these remote areas.

There are about 38 such schemes around the country, either fully operational or in the pipeline.

While Karumba was completing her doctoral research, she looked at the social and economic factors which limit the use of renewable energy technologies in her home country. She also paid close attention to how willing communities are to pay for the installation and running of these kinds of power plants, and how they structure their community-level governance of the plants.

The telecommunications benefits associated with having access to electricity was just one of the positive spin-offs she was able to document, coming from these micro-hydro schemes. Another benefit was that people were able to cut back on their household kerosene use, which people mostly burn for lighting. Kerosene fumes are known to come with considerable respiratory health risks.

One unexpected outcome in her findings, though, was linked with education and school children.

‘Children in homes that are connected to these electricity supplies study less at night, on average by 43 minutes, compared with households that don’t have electricity. This is probably because children in connected households divert some of their nighttime study hours to electricity-assisted entertainment, such as their mobile phones, or television, or radio time.’

Other studies in this arena of environmental economics supports this interpretation, says Karumba.

Karumba is now working with the Kenyan Department of Planning and Statistics, and is attached to energy and infrastructure planning division. She hopes her doctoral findings will be able to help inform policy, particularly in regards to the design of renewable energy projects in her home country.