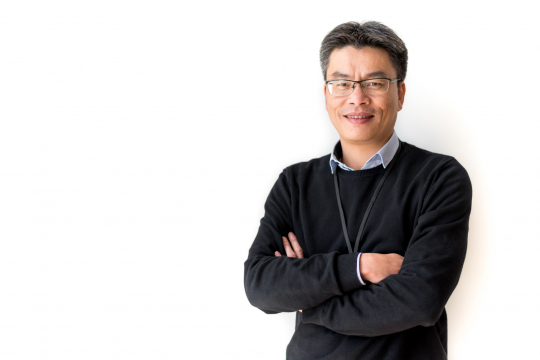 What do you see as the major environmental issues in Vietnam?
There are three main environmental problems in Vietnam. The first one is the impacts of climate change, especially sea-level rise in the Mekong Delta. According to projections, within 100 years, the Mekong Delta, the area from Ho Chi Minh City down to the southern tip of Vietnam, will be about one meter under the sea. So, the government is taking that very seriously and developing and implementing strategies to cope with what could be a very bad future. Vietnam doesn’t have to worry so much about reduced precipitation and drought, as some African nations do. It’s much more sea-level rise and increased severity of storms and typhoons.

The second issue is related to the management of coastal and marine resources. In Vietnam, our coastal ecosystem includes mangroves and coral reefs, and it’s a very rich ecosystem that provides a lot of services. That coastal ecosystem is degrading with negative effects for fisheries. And when you talk about coastal fisheries, you can automatically relate it to the poverty problem. Many people living in the coastal areas of Vietnam heavily depend on the coastal ecosystem and fisheries for their livelihoods. So, I think efficient management of coastal and marine resources is going to be very important for eradicating poverty and promoting economic growth. The main problem right now is overexploitation, overharvesting from fishermen.

The third issue is pollution from the industrial sector. The Vietnamese economy is growing, so the manufacturing sector is expanding.  As a result, water pollution and air pollution are much worse. The Vietnamese government needs to develop new policy instruments to efficiently address that problem.

How aware are people of environmental issues in Vietnam? Environmental awareness is now very high among young people and among the public in general; they know about the role of the environment. And one thing that is very different from like 10 years ago now Vietnam has many civil society groups that aim to save the environment.

They use social media, mainly Facebook. If they find out the government has a project for building some infrastructure and wants to cut down a lot of trees, they will mobilize and make a petition or something like that. These groups are quite active on a variety of topics.

At that time, we developed a report for the ADB, the Asian Development Bank, that summarized the use of market-based instruments for environmental management in developing Asian countries, including Vietnam.  At that policy day event, we introduced a draft version of that report that sketched the importance of using market-based instruments for environmental policymakers.  From that day, the Ministry of Natural Resources and Environment in Vietnam invited the EfD Vietnam team to be involved in the revision of the environmental law.

I participated in the group of policymakers including the Minister of Environment working to finalize the version of the law. The law was ratified by the Parliament in November 2020.

Of course, what’s written in the law can be different than what actually happens. And in reality, there is a big gap right now. But what we need at the beginning is to have that framework in the law.