Activities with miners in Antioquia. Photo by Carlos Adrián Saldarriaga. 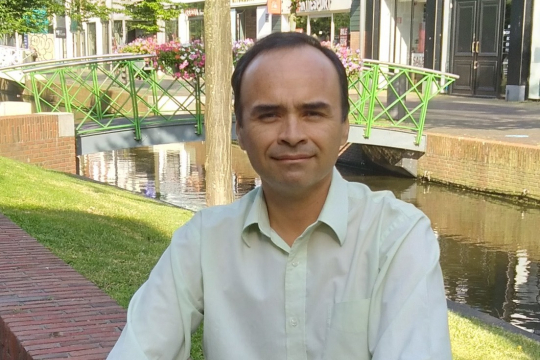 Like other countries with high extraction and exports of oil and minerals, Colombia may be vulnerable to the so-called “resource curse”. Carlos Adrián Saldarriaga, EfD Colombia, has studied the conditions under which mining activities can be negative for communities.

In 2016 the Colombian Constitutional Court ordered the government to create a working group to analyze the socio-economic and ecological impacts of mining in Colombia. Carlos Adrián participated in this working group formed by professionals in economics, biology, geology, ecology, and other disciplines. This group delivered an analysis of the economic and ecological impacts of mining activities in Colombia.

After this experience, which lasted two years, Carlos Adrián did an analysis of the Colombian mining policies and he found in this article which was published in the Journal of International Development, that it is very likely that Colombia suffers from the “curse of natural resources”. This curse means that the extraction of natural resources, particularly non-renewable resources, is not beneficial for national development and has adverse effects at the local level. In countries that are rich in natural resources, this shows through a decline in the manufacturing sector, a low capacity for innovation and learning, or higher barriers to technological implementation.

“There are a lot of studies that show that countries that extract natural resources tend to have worse institutional development than countries that don’t,” says Carlos Adrián.

His article has a qualitative approach and examines how and what policies in Colombia have led to the curse of natural resources. The studies he analyzed point to policy decisions and institutional frameworks of the mining sector together with socio-economic vulnerabilities that make the contribution of mining uncertain to the development of Colombia. Territories with high mineral extraction show low human capital accumulation and social indicators. Even more, tax exemptions and unstable mining policies can weaken the fiscal capacity of these territories.

At the macro level, following the international trend to increase mining in Latin- American countries, Colombia had a change in the mining legislation in 2001. This change implied lower taxes and other tax incentives to increase mining investments, but later the evidence showed that the Colombian mining sector didn’t need those incentives. Besides, those incentives implied a high cost for public finance in terms of less revenue for the government.

“I find that the negative effects of the national mining policies surpass the positive effects in Colombia. The curse is happening,” says Carlos Adrián.

He thinks that social unity in the territories can be a solution to improve the management of mining activities and the income that comes from the extraction of minerals. In his research agenda, he seeks to answer questions like: how can the vigilance and active participation of the population on the mining territory improve the governance of these resources and the impacts of mining? Such research questions will provide information to authorities and local communities when evaluating the adequacy and impacts of a mining project in a territory.