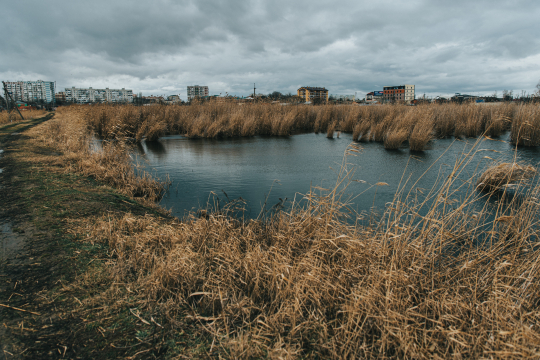 Recreational value can help save wetlands in urban areas

Increasing urbanization and poor governance have led to the rapid degradation of urban wetlands around the world. However, urban residents are willing to pay for the valuable services a functioning wetland can provide. Kampala City in Uganda is one such example, as a recent EfD study has shown.

Historically the Nakivubo wetland has provided a valuable natural service of filtering polluted water from Kampala City before the water reached Murchison Bay (part of Lake Victoria). With rapid urbanization around the city center, the construction of a railway line through the wetland, and the development of informal settlements in the wetland, the amount of waste entering the wetland is now exceeding its capacity to process polluted water, causing severe degradation. Thus there is a need for rehabilitation. However, the benefits of rehabilitated open green spaces and the demand for these spaces as recreational areas are poorly understood by the government, especially considering the potential services an open green space can provide in developing countries.

In a recent study, Bayesian analysis of demand for urban green space: A contingent valuation of developing a new urban park, led by EfD researcher Jane Turpie the recreational value of developing a new urban park from the currently degraded Nakivubo Wetland in Kampala City, Uganda was investigated. This research comes from a larger World Bank-funded study carried out by Anchor Environmental, which focused on investigating green urban development in Africa and highlights the potential costs and benefits of restoring and maintaining green open space areas in Kampala, Dar es Salaam and Durban. In Kampala, the study focused on rehabilitating the Nakivubo wetland located between the city center and Lake Victoria’s Inner Murchison Bay. Using contingent valuation methods (CVM) the researchers could more precisely estimate urban dwellers' willingness to pay (WTP) to access and utilize the recreational services the restored wetland would provide.

“One of the key messages of the study was that, although justifiable in economic terms, fixing the mess made of this urban wetland will be very costly, and so Kampala needs to put very strong measures in place to prevent its other major wetlands from going the same way,” says Jane Turpie.

The researchers found that Kampala residents are willing to pay on average USH14184.538 ($4.728) per household as an entry fee to use the rehabilitated wetland for outdoor recreation. More importantly, the study found that the majority of residents surveyed thought they would use the proposed urban open space regularly. Residents saw an urban park would improve their health and wellness through outdoor recreation as well as the opportunity for socialization. Overall the proposed urban park would improve urban resident’s welfare.

“Kampalan residents have very few options for outdoor recreation, and so people have to spend hours in the traffic to get to locations that are on the outskirts of the city. If healthy, Nakivubo wetland could offer a wonderful opportunity for the development of an outdoor recreation area close to the city center,” Jane Turpie explains.

According to the researchers, this study helps highlight the benefits of urban open space(s) and prioritize conservation efforts from a public perspective. The studies’ estimate of WTP acts as an instrument to inform policymakers of the potential in urban parks.

“This will hopefully push local government to prioritize preventing the decline, and/or the rehabilitation, of open green spaces,” says Jane Turpie.