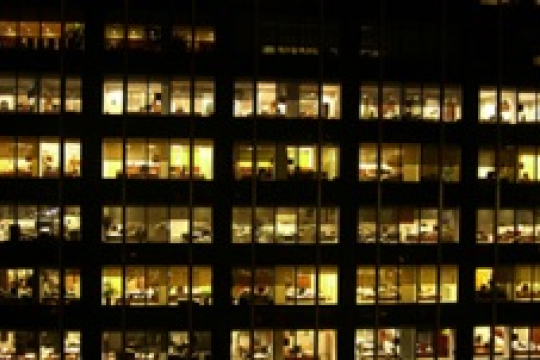 Nudging people to save water and power

Having competitions between staff, appointing water-saving ‘champions’ in your office block, or recognising people for their efforts to use energy more sparingly: these are small but powerful ways that cities can encourage people to cut their water and electricity use. Now, behavioural economists at the University of Cape Town’s Environmental Policy Research Unit (EPRU) are about to embark on a three-year collaboration with Cape Town’s utility managers, to see how they can implement these ideas across the city, and get them written into municipal policy.

EPRU’s Prof Martine Visser is heading up a team of researchers who use the notion of ‘behavioural nudges’ to test what methods are most effective at influencing people’s water and energy use. Following some positive results in various social experiments here in South Africa, Visser has just announced that her team has funding to work with the city to see how their findings can be rolled out by its utility managers.

‘Following a six-month behavioural study with about 400 000 households in the City of Cape Town last year, the Water Research Commission (WRC) here has just extended funding to us for another three years, which will mostly go to implementing these ideas in the city, and building their capacity’, explains Visser. ‘We will work with the city to incorporate what we have learned from our behavioural nudges research into the city’s own learning and planning’.

This comes at a time when Cape Town is implementing urgent and extensive water restrictions across the metropole, as the city’s dams are running critically low following two years of protracted drought across Southern Africa.

It’s a first: the office block experiment
One experiment, which Visser’s team reported on late last year, involved a fairly novel experiment which targeted staff in an office block context. The experiment used simple email-based messages with energy-saving tips, competitions amongst staff on different floors of the building, and appointing ‘champions’ for the cause in order to influence energy-conserving behaviour.

‘There is already a large body of research in our field which looks at how effective these sorts of behavioural nudges are in residential household,’ explains Visser. ‘But there isn’t much work targeting office block contexts, because it’s difficult to coordinate and monitor something like energy use in an office environment’.

The experiment tested the effectiveness of these strategies across different floors in a 24-storey provincial government office block in the centre of Cape Town. Researchers also assigned specific energy-related tasks to individuals, sent out targeted information to people, and sent reminders about energy reduction needs.

What made the results interesting, too, was that the participants weren’t given any financial incentives to encourage their energy consumption behaviour.

‘By our calculations, putting in the infrastructure for this sort of campaign would pay for itself within two years’, says Visser.

Other strategies that have been shown to work in reducing water or energy consumption include recognising people publicly for their efforts. In a study with households across Cape Town, those that reduced their use by more than 10 per cent had their names appear on the city’s website. ‘Social norms’ experiments indicate that, when residential households see how their usage compares with their neighbours’, or their community’s average, they tend to curb their own consumption.

Visser says there is considerable scope to work with the city to devise ways to implement some of these approaches.

Workshop with the city
In March 2016, EPRU also hosted a demand-side management workshop, where it brought together researchers and practitioners from universities, implementation consultants, and civil society organisations, in order to expose city officials to some of the current approaches and ideas being considered for municipal-scale demand-side management interventions. This included looking at technology that uses a smart phone app to reduce household water heating, or charging higher rates during peak time use, which can push down consumption during those hours.

One key concern to emerge from this workshop was the way municipalities in South Africa use utility billing as a key source of revenue. They also structure this revenue stream in such a way that higher tariffs for affluent consumers subsidise delivery to poorer communities, who often can’t afford basic services. The result of this strategy is that municipalities have no incentive to encourage conservation of water or electricity in their jurisdictions, as this would impact on their municipal wallets and development objectives.

ACKNOWLEDGEMENTS:
The behavioural nudges research with households from the City of Cape Town was done through the city’s Water Demand Management Department and was funded through bilateral funding obtained from the South Africa: Norway Cooperation (SANCOOP) bilateral funding agreement, the South African Water Resource Commission, and the Environment for Development (EfD) initiative. Researchers involved in this project include Martine Visser, Kerri Brick, Samantha De Martino, and Jorge Garcia.

The research with government employees was done as part of the Western Cape provincial government’s ‘Too Wise to Waste’ campaign, and was part of a collaborative study between researchers from RUBEN (UCT’s Research Unit in Behavioural Economics and Neuroeconomics) and ideas42, a behavioural think tank from the United States.