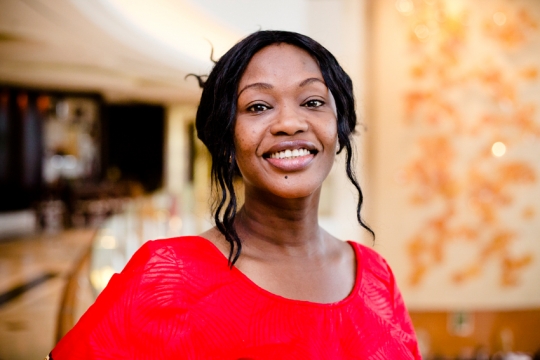 Dr Byela Tibesigwa’s career is the result of what she calls a snowball effect. She did her doctorate in Cape Town, South Africa, where she came in contact with the Environment for Development (EfD) South Africa center. The academic connections she made in South Africa during this time led her to continue her research at the EfD center at the University of Dar es Salaam in Tanzania. Her research has been used by local policy makers, and now one of her most important tasks is to support other younger researchers so that this snowball effect may continue.

Tibesigwa’s current research focuses on ecosystem services, climate change, and agriculture, and how they interaction with poverty, well-being, and gender inequalities in developing countries. Resources provided by EfD have helped Tibesigwa’s efforts to reduce the gap between researchers and policy makers in these areas in Tanzania.

She is appreciative of the support and training she received from EfD and its broader global network, such as training in policy interaction methods, which has made it easier to start a dialogue with policy makers.

“Without support from EfD, the research wouldn’t have been of such high quality, or its impact as significant,” she maintains. “Having the support of a global network of some of the best environmental economics researchers in the world has helped shape my research interests.”

Tanzania has an abundance of natural resources like forests, fertile land, and fresh water. But her home country is at a crossroads, facing challenges of overfishing, pollution, and deforestation due to population growth, urbanization, and agricultural expansion.

“That’s why we need sustainable resource management to balance the ever increasing demand with a finite resource base. This is reflected in our research at EfD-Tanzania,” says Tibesigwa.

One of important recent areas of her research, which is funded by EfD, is her work in pollination ecosystem services, which is crucial for Tanzania since this is an agricultural economy. The support from the EfD network has put this research in the local and global spotlight, according to Tibesigwa.

Every year, EfD centers across the network arrange policy days, where they invite local policy makers to discuss environmental problems and solutions with researchers. In Tanzania, government officials are invited along with key development partners such as the World Bank and the United Nations.

“It has been very useful that EfD encouraged us to organize these policy days. It has allowed us to establish important contacts within Tanzania and the region,” she says. “After sharing my research at these events, I have been invited to a number of high level forums and workshops on environmental issues.”

The EfD center in Tanzania also established a policy board, where representatives from government, development partners, and researchers meet in order to talk about the most serious environmental and development issues facing the country. This board has provided important input into shaping the research agenda at the EfD Tanzania center, and provided a ready and interested audience for sharing findings.

In addition to her work on pollination, Tibesigwa also focuses her research on the serious inequalities women face in smallholder agriculture production and food security. As a result of climate change, food insecurity is likely to become a more serious problem in Tanzania as well as in other parts of Africa due to low adaptive capabilities. This is something Tibesigwa would like to address in her research and in her ongoing conversations with local policy makers and development partners.