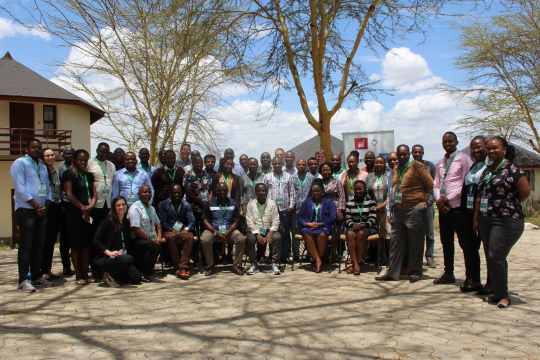 The Inclusive Green Economy in practice program (IGE program) is now moving on into its second year, and a new group of participants, so-called IGE fellows, have embarked on the program. The IGE program is aimed at civil servants in Africa and strives to promote the capacity, understanding, and priority of IGE and strengthen the national system for a green economic transformation.

Civil servants from Kenya, Uganda, Tanzania, Rwanda, and Ethiopia participate in the program. The initial training session, where the participants from all five countries met, took place at Sentrim Elementaita, Kenya, from March 28th to April 1st, 2022. Among the topics covered were the following:

What are the key elements for a green transformation?

Dr. Anders Ekbom, the IGE's Program Leader, explained to participants that  green transformation occurs when there is a shift from brown investments (oil, gas, coal) to green investments (solar, wind, thermal, hydro), a shift from standard Gross Domestic Product (GDP) to green GDP, a shift from the ministry of the environment being the only one in charge to the ministries of finance and planning taking charge too. One example of green procurement can be found in Uganda: “When building roads, they consider how many trees have to be cut down to build the road and how many will be planted,” one of the IGE fellows commented

What are the major factors in driving IGE forward?

Prof. Hazel Gachuga, an expert in Organizational Behaviour and Change Management taught extensively on how to build sponsorship, handle resistance, listen to employee feedback, communicate, coach people, and offer information on how to change. As such, active and visible sponsorship was identified as the most important factor in driving IGE forward. Finally, since people regard change as either an opportunity or a threat, they always assess what is in it for them.

What are the policy instruments for a green economy?

The participants also learned about green economy policy instruments and key takeaways from the draft National Policy Reviews (NPRs) from 2021, which they will refine. It will emphasize instruments to tackle plastic pollution, fossil fuel consumption, and forest loss. Thus, in-country groups, fellows identified 1 to 2 important policy instruments in use in the three listed areas by discussing the type of instrument (price-based; right-based; regulatory; information) and how it was used, whether it works, who is responsible for its implementation and monitoring, what is its effectiveness, and whether it is socially accepted and supported or not.

What are the socially acceptable policies?

They learned that, despite individuals being aware of the consequences of climate change, they continue to use fossil fuel vehicles, creating a gap between climate concern and climate policy support. This has been proved in a study by Davidovic & Harring (2020), where they found that while more than 80% of individuals in Spain agree that climate consequences are negative, less than 30% are in favor of initiatives to reduce climate change. In this case, the rewarding approach would be to create subsidies for fuel-efficient vehicles rather than imposing climate taxes on fossil-fuel vehicles, to hold campaigns emphasizing the benefits of CO2 reduction rather than campaigns shaming CO2 emissions, and to ensure access to bus lanes for fuel-efficient cars (Langbroek et al., 2016) rather than banning fossil-fuel cars in urban areas. 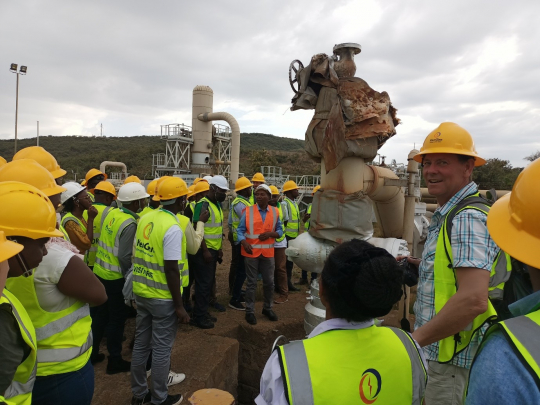 The participants also visited the Olkaria geothermal power station located in the Hell's Gate National Park, Kenya. They learned about the history and achievement of the Olkaria plant exploration over the years and went to the field and experienced the geothermal energy generation process. In Kenya, green energy accounts for 85% of the total generation, with geothermal accounting for 38%, hydro for 32%, wind for 13%, and solar for 2%. Lastly, the power station infrastructure is wildlife-friendly as small animals can cross beneath, and large creatures like giraffes can walk over the pipes.