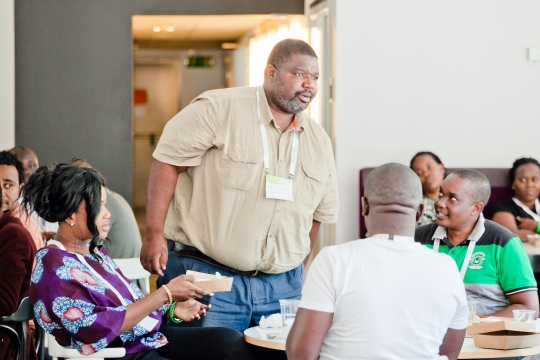 One of the highlights of EfD’s Annual Meeting, is the announcement of the winner of the Best Discussion Paper Award. Last year’s winner says the award was not only a great recognition but also favorable for his continued work.

They studied local communities in Zimbabwe and their willingness to take greater control over wildlife conservation. Their study showed that there is great potential for increasing conservation and rural development by delegating the responsibility and control of wildlife to the local level.

“We hope that influential international organizations such as WWF will assist regional governments and push for policy reforms in this area. This type of devolution is already happening in countries such as Namibia and South Africa,” says Herbert Ntuli.

He has received several awards for his research over the years, but he values this one very highly.

“I was deeply humbled to get this recognition, in competition with so many accomplished researchers. It has also been an advantage for my career,” he says.

Currently, he works as a Wildlife Economics and Policy Analyst at WWF South Africa in Cape Town.

His best advice to early career researchers and students on how to improve the quality of their research is to seek a lot of feedback; to let your colleagues comment on your work, listen to the feedback, and disseminate your work through discussion papers before eventual publication.

“Following this strategy, I have minimized the number of rejections from journals. Feedback during the course of producing discussion papers has played an important role in that aspect”.

This year’s Peter Berck’s Best Discussion Paper Award will be announced on the last day of EfD’s Annual Meeting, November 16-20, which will be held online this year. Don’t miss signing up!