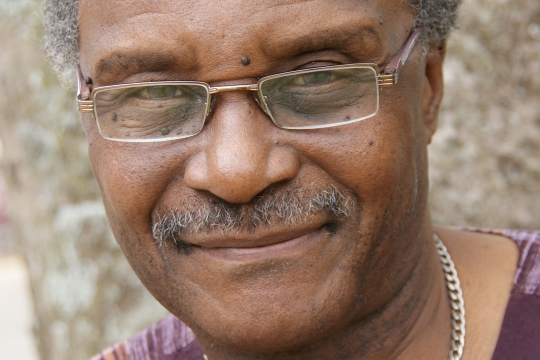 REDD may lead to the revival of colonialism

“If we aren’t careful, a system like REDD may lead to a revision of colonialism. The crucial problem is that we in Tanzania don´t have the required facts about our own forests,” said Professor Claude Mung'ong'o of University of Dar es Salaam's Institute of Resource Assessment to the audience of policy makers and researchers attending the Policy Day of the fifth EfD Annual Meeting 2011.

When Professor Mung'ong'o (left) was invited to speak about Implementation of Tanzania’s national REDD+ strategy – Challenges and Prospects at the Policy Day held 27 October 2011 in Arusha, Tanzania, he emphasized  that all types of land use involve ethical dilemmas.

“If you want villagers to conserve forests instead of using the land for agriculture you should be able to give something back to them. But the benefits that villagers get from for instance joint forest management projects are peanuts,” says Mung'ong'o.

When it comes to REDD+, a carbon trading system based on reducing emissions from deforestation and forest degradation, Professor Mung'ong'o underlines that researchers have a duty to tell policy makers not only about opportunities but also about the uncertainties and threats.

“The figures that have been given for a country like Tanzania to be involved in the REDD business are so large that they can make any decision maker agree on any proposal.  The potentials seem high, but how much will a country have to pay in the form of its own independence of managing its resources in order to benefit its people? Once your natural resources are being taken away, the basis of your political independence is also weakened,” says Professor Mung'ong'o.

Mung'ong'o  is a Professor at the Institute of Resource Assessment, University of Dar es Salaam, which is serving as the secretariat to the government-led National REDD Task Force. A draft national strategy developed by the task force states that REDD+ offers potentially huge financial benefits for Tanzania: The country could earn $630 million a year through REDD+.

Yet researchers from Environment for Development Tanzania argue that unless policy makers understand how the distribution of the REDD+ payments will create the incentives needed to change how people use forests, REDD+ is unlikely to be any more successful than earlier efforts to preserve forests (please click to read more about this research).

Professor Mung'ong'o warns even more clearly against excessive optimism regarding REDD+, and notes that the figures used have been created elsewhere, not in Tanzania.

"Tanzania needs its own experts"

“In Tanzania we don´t have the required data, and what’s even more serious is that we don’t have the capacity to do research to find the missing data. Tanzania needs its own experts to do the measuring, evaluation and verification of the quantities of carbon that can be taken up by the country’s forests.”

Professor Mung'ong'o says that, for instance, he and other researchers are working with a deforestation rate of 400,000 hectares a year. This figure comes from a study by Food and Agriculture Organization of the United Nations (FAO), but is almost ten years old.

“And we have no figures at all for forest degradation. We need Tanzanian experts, biologists, and environmental economists to be trained to work on how much forest the country has and how much deforestation and forest degradation are taking place.”

The quantity of a country’s forests indicates how much carbon they can sequester. Once the forests are left to grow naturally for a couple of years, and once areas that have been degraded have an opportunity to  re-grow, the added capacity of the country´s forests to sequester carbon can be measured in comparison to the baseline.

“But as soon as you are not well informed about your own resources, you stand to lose. The carbon companies in other countries that are telling us to enter into the REDD business are of course interested parties,” says Mung'ong'o.

He says that REDD+ allows international capital and corporate finance institutions to offset their emissions through REDD+ credits while continuing with their greenhouse gas emissions activities and their lifestyles.

“This is why political ecology analysts argue that this is nothing but outright colonialism where forest conservation is being commoditized for the benefit of international capital and corporate finance institutions. Other people argue that such arrangements might jeopardize genuine efforts to reduce emissions or develop cleaner technologies,” says Professor Mung'ong'o and adds:

“I think it is unethical that while developing countries like Tanzania are trying their best to conserve their natural resources and reduce deforestation, the production technologies and lifestyles of developed countries remain the same.”

About REDD and REDD+
Since 2005, the effort to create incentives for reducing emissions from deforestation and forest degradation (REDD) has gained prominence as a way to reduce global greenhouse gas (GHG) emissions. In 2010, the UN climate conference in Cancun established an incentive mechanism for REDD+ (including conservation, sustainable management and enhancement of forest carbon stocks), and opened the door for countries to generate emission reduction credits from forest carbon in the future. Source: Resources for the Future, RFF.