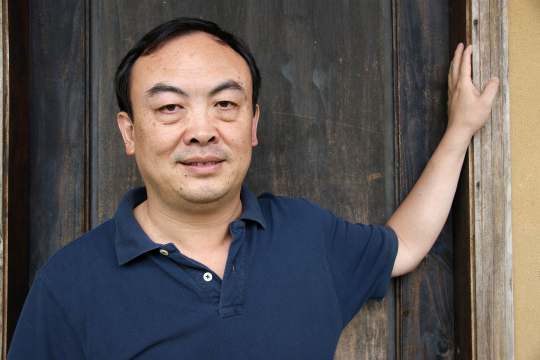 "The Covid crises puts China’s progress on climate at risk"

There is a danger that the recovery after the pandemic and the desire for continued rapid growth will jeopardize previous steps towards a green economy in China. Jintao Xu is a Center Director at EfD China and is now also managing the coordination of the Forest Collaborative.  He spoke with us about the precarious nature of China's progress on climate and the roles that a carbon tax and forest management can play for a long-lasting solution.

What's the status of environmental protection in China?
We have had four decades of extraordinary economic growth, but we have also become the country with the most serious environmental pollution and carbon emissions. Around ten years ago, China's leaders seriously recognized the need to change the economic growth model. China’s previous existing growth model was high emissions, high carbon, high use of energy materials, and not so high productivity. Now the goal is to transform the economy onto a path with low emissions, low carbon, high productivity - basically what's known as "green growth."

It's not easy. We have made some progress over the past several years, particularly with regards to air pollution. The air quality in Beijing and other cities have improved quite a bit. Also, the growth rate of China's carbon emissions has slowed down considerably. These are real achievements of the national agenda, driven by lots of investment, lots of effort, but also a lot of rhetoric.

These achievements are great, but, unfortunately, they are not stable or resilient in my view. They've been made via powerful administrative measures with high social costs. All these achievements can be easily negated if the pressure is taken off. And with the current situation after the pandemic, the need for economic recovery will be overwhelming. I see a clear trend of environmental protection becoming a secondary consideration. While we used to celebrate our progressing energy mix, people are now very happy to talk about increasing coal production, because coal is easy and low-cost.

So, this year and next year, there will be a struggle between economic recovery and the clean energy transition. I think China's achievements of better air and water quality and lower carbon growth rate are very precarious. We still need a lot of effort to ensure that the energy transition and green economic growth are long-lasting. The key is to find a low-cost, long-lasting solution.

How do you find a low-cost, long-lasting solution?
As an economist, I think a market-based solution like a carbon tax will serve those purposes. The well-known advantages of a carbon tax are its simplicity, its economic efficiency, and its clear signal to economic decision-makers.

In 2015, at the United Nations Climate Summit in New York, I was on a panel with Lawrence Summers (former Secretary of the Treasury of the United States), and when I expressed that carbon pricing really fits in with China’s political economy, he got very excited.

What form should a pricing policy take?
In the general policy sphere, a question is whether China should use a carbon trading scheme or a carbon tax. I am advocating a carbon tax.

The issue has been complicated by disputes over which agency should manage the policy. In China, there are a lot of line agencies in the central government. Any new law will be drafted by the most relevant line agency. The early draft of the environmental tax law considered a carbon tax as a key element, but it did not pass the administrative process.

Two years ago, the central government decided to move the climate change administration to the Ministry of Ecology and Environment, which is the implementation agency for China's environmental taxes. I think we have this tremendous opportunity right now for integration. One agency should manage one instrument. Administratively, it makes a lot of sense. Let's merge the carbon tax with our existing system on environmental taxes.  In contrast, if we do a nationwide carbon trading scheme, we have to establish a whole new system. I don't think it makes sense.

You've been very active in forestry research.  How do China's forests relate to climate policy?
One of the things that we are trying to get people to understand is that the forest sector is key for carbon mitigation. My colleague Yuanyan Yi and I just published a paper on forest-based solutions for carbon. Over the past three decades, China has planted a lot of trees. We estimate that annually, plantation forests store around 10% of the industrial emissions. It's a great contribution, but it hasn't been fully integrated into China's climate strategy. The true value of this nature-based solution hasn't been calculated into China's contribution. We presented this to a high-profile carbon policy panel, a board with influential people from government and academia. It was obvious that there had been a limited understanding of the importance of the ecosystem contribution.

And not understanding the role that forests play means that you can get the policy wrong. For example, people think that if we just cut back on logging in the forest, we're helping with climate change. That's wrong. Look at Canada. Everybody in China thinks Canada has great forests, mainly natural forests. But the science – for example, a paper published in Science by a group of University of Maryland scientists – indicates that, as a whole, Canadian forests are now a pure carbon source and no longer a carbon sink.

The reason is that they did too good a job in forest protection, but insufficient forest management. For carbon progress, we need more active forest management to keep a forest young. A healthy ecosystem will be a net carbon sink. But an unhealthy ecosystem, any ecosystem, could be a carbon source. To keep an ecosystem as a net carbon sink, you have to have active, scientific, human intervention. Just putting them aside is not helping in terms of climate change. So, our plantation forests contribute greatly to carbon storage and we have to manage our natural forests better for the whole forest sector to be a powerful contributor to our climate strategy.

Have the policy-makers listened to your arguments about forest plantation?
That argument changed a lot of people's perceptions. Our leading carbon policy experts are more interested in the forest sector role now.

We have opportunities in all kinds of policy debates. If you have good ideas, people will remember you. They will invite you back.