Urban air pollution affects especially children and the elderly and caused 9 million of deaths at the global scale in 2015, exceeding obesity and road accidents. The Lancet Commission on Pollution and Health stated that "despite of the significant effect on human health, the economy and the environment, pollution has been neglected, especially in low income and middle-income countries (L&MIC)”. Many L&MIC have used methods that potentially underestimate the economic cost of pollution.

This proposal attempts to narrow this knowledge gap by using appropriate economic methods to estimate the benefits associated with a reduction in the probability of death (VSL) due to air pollution, considering several countries in a South-South geographical approach.

Our research questions are:

The first two questions are linked directly to the policy question addressed by the Lancet Commission. The last question addresses the explicit consideration of attitudes and perceptions (own risk, risk perceived by other people, controllability, etc.) and the integration of discrete choice and latent variables, known as hybrid choice models (HCM). The research will take place in Colombia, Chile and Costa Rica, although different methods will be used in each country to adjust for data availability. We will focus on understanding the impact of methodological definitions, socioeconomic characteristics, gender differences, and attitudes and perceptions on the estimation of the VSL. 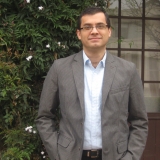