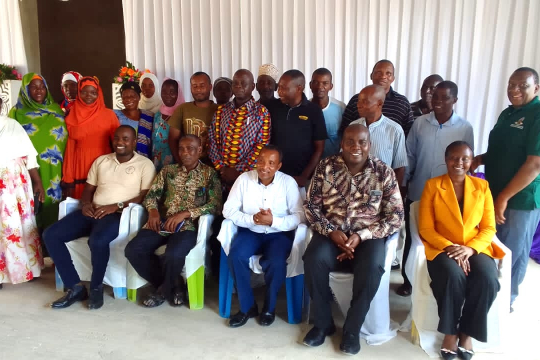 Some of the participants of the training workshop. Photo: EfD Tanzania. 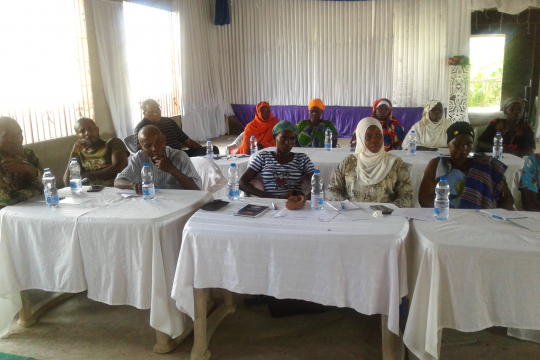 Some of the participants listening the presentations. Photo: EfD Tanzania.

Household air pollution, mostly from using firewood for cooking, is linked to the death of around 33,000 Tanzanians annually. To facilitate a transition to clean cooking, a workshop with several stakeholders was organized by, among others EfD Tanzania.

Many people in Tanzania lack access to clean cooking energy sources and facilities, relying instead on firewood, charcoal, kerosene, and agricultural byproducts as their primary cooking fuel. Fast-tracking the transition to clean cooking fuels and technologies is critical to reaching the Sustainable Development Goal, of affordable, reliable, sustainable, and modern energy for all (SDG7), and requires participation from both the public and private sectors.

To address this problem EfD Tanzania together with the Norwegian Programme for Capacity-Building in Higher Education and Research for Development (NORHED II) project team, and the Organization for Development and Environmental Protection in Tanzania (Shirika la Maendeleo na Utunzaji wa Mazingira Tanzania, SMT, in Swahili), conducted a one-day training workshop in the Kisarawe District on 29th December 2022. The theme is “Leave No One Behind (LNOB)”. LNOB is an initiative for sharing experiences and insights on fast-tracking the use of clean energy in Tanzania with rural communities, mainly surrounding conserved forests.

Unclean energy is commonly used in the households

The training allowed dialog and discussion. The participants were asked to list the types of sources of unclean energy commonly used in the households. The unclean energies mentioned in most of the groups include:

Is charcoal or firewood ­the worst option for household cooking?

The question was asked by the EfDT Researcher Dr. Onesmo Selejio in a brainstorming session to discuss the negative impacts of firewood and burning charcoal. The Kisarawe district environment officer Mr. Douglas P. Mwella noted that firewood had more negative effects as compared to charcoal because firewood has coarse and fine particles -  soot, dust, and pollen which have more effects on the respiratory system as they settle in the lungs with ultrafine particles which are absorbed into the bloodstream. He also said that charcoal is a processed fuel made from wood or other organic materials that have been heated in the absence of oxygen. This process, known as pyrolysis, removes moisture and impurities, leaving a carbon-rich substance that is more energy-dense and burns more efficiently than firewood.

Mr. Seifu Mkali, a deputy chairperson of the SMT added that firewood can produce more smoke and pollutants when it burns, while charcoal burns more cleanly and produces less smoke and fewer pollutants. This makes charcoal a better choice for households and other indoor cooking. However, another participant highlighted that firewood can have a smaller carbon footprint than charcoal if it is sourced sustainably and burned efficiently.

Way forward to reduce the usage of fossil fuels and biomass

The participants were given the chance to discuss more energy-efficient solutions than wood or traditional charcoal which allows substantial savings for its users and the improvement of the household’s health and the community at large. The discussion targeted the provision of clean cooking solutions to reduce air pollution and improve the quality of work conditions for cooking staff, women, and children. However, it was noted that clean cooking is also an urgent development issue with significant benefits for public health, gender equality, the local environment, and the global climate.

Suggestions as to what should be done,

The discussants highlighted that the government should empower the manufacturers of the improved stove to increase the capacity and resources to produce stoves that consume less charcoal; lower the cost of electricity and gas, potentially through subsidies, to discourage the use of firewood and charcoal; and implement policies that prioritize the use of clean energy. However, it's up to the community to utilize alternative energy sources such as gas and solar to replace the use of firewood and charcoal.

The participants were enthusiastic to learn a variety of practices to improve fuel efficiency. A representative from a group of improved cooking stove makers, Habiba Hamis concluded that good kitchen management practices include the usage of only a small quantity of firewood, dry firewood only, a lid on pots to retain heat, soaking beans before cooking, and preparing all ingredients before lighting the fire and if possible, people should use gas.