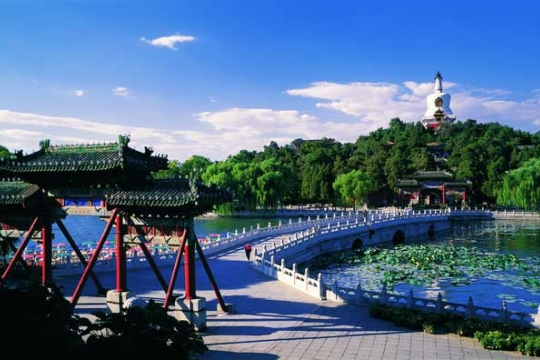 CAPE TOWN, SOUTH AFRICA: Resource economists from seven countries met in Cape Town this April, in an effort to find a common method for calculating the value of urban green spaces, such as parks, within their region’s main cities.

Cambridge University doctoral candidate Zhaoyang Liu, who is working with the National School of Development at Peking University, presented his proposed research methods for applying this study to parks in Beijing and nine other Chinese cities.

He is part of the Ecosystem Services Accounting for Development (ESAforD) working group, which is a multi-country collaboration of researchers whose objective is to draw up an ecosystem services equivalent of what ‘gross domestic product’ (GDP) is, namely the United Nations’ way of creating a global standard for countries wanting to report on their economic performance. GDP is part of the UN systems of national accounting.

Liu’s research parallels with a similar study done in the South African coastal city of Durban, by the University of Cape Town’s Environmental Policy Research Unit (EPRU), one of the partner institutions in the ESAforD initiative.

The Durban study, headed by EPRU director Dr Jane Turpie, found that the amenity value of green spaces in Durban had positive economic spin-offs for the city, because they drew tourists in, and pushed up the prices of nearby properties. This increased value amounted to ‘several billion (South African) rands’. If researchers included the value of man-made open spaces in that calculation, the value is far higher, according to Turpie.

The study found that local businesses and property owners benefited from increased property values, while the municipality was able to charge higher rates and taxes on those properties. Similarly, though, the Durban study showed that when green spaces become degraded and polluted, they have a reverse impact on tourism and property values.

This approach is one of several ways of measuring the economic value of urban green spaces.

However, if  Liu and his working group colleagues want to do an apples-with-apples comparison between the Beijing and Durban studies, for instance, they need to ensure they are using the same research approaches. This Cape Town workshop was geared towards finding agreement on methods being used by all the country’s research groups.

Once Liu has tested the approach for in the Beijing study, he says he intends extending it to nine other Chinese cities.

This gathering of the working group was hosted by EPRU, at the University of Cape Town’s School of Economics, and comes one year into the launch of the four-year programme. The Swedish Environmental Protection Agency is leading the process.