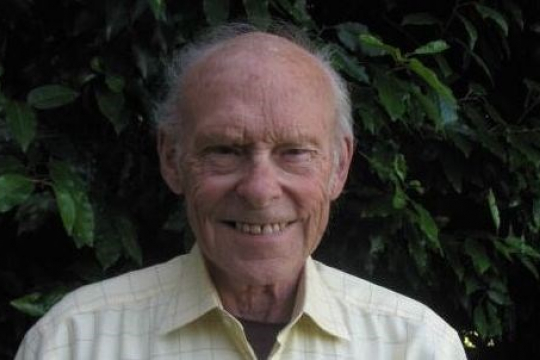 Professor Gardner Brown passed away in his home on August 9th, 2021, surrounded by his family. He is greatly missed by friends and colleagues all over the world.

Gardner Brown was one of the great pioneers of environmental economics. He received his Ph.D. at UC Berkeley in 1964 and spent his academic career at the Department of Economics, University of Washington where he became both professor and chair. He was an important contributor to the development of our discipline, particularly to environmental valuation and resource economics. Gardner published consistently in the very best of academic journals, starting with the American Economic Review in 1969 and summing up in his seminal paper in the Journal of Economic Literature on Renewable Natural Resource Management and Use Without Markets in 2000. During that period he published many important papers on many different topics.

Gardner became a mentor to many of the young researchers and graduate students at the Environmental Economics Unit at the University of Gothenburg when he came on sabbatical in 1998 – 1999. He sat in on all seminars and gave comments, knocked on office doors to discuss research or other aspects of life, and was always willing to read and comment. For many of us who were juniors at that time, this was truly a unique opportunity to learn from the best. The friendships and collaborations that were initiated then lasted until his passing. His contributions to the discipline were also recognized by him receiving an honorary doctorate from the University of Gothenburg in 2001.

Gardner was also important as an academic mentor and advisor in the establishment of Environment for Development. Among many other contributions, he participated in the inaugural trip to the four first African centers as EfD was founded in 2007. Many members of EfD have benefited greatly from his mentorship and friendship since then, not least in the park pricing collaborative.

The most significant feature that we all will remember and cherish was Gardner’s personality. Despite his impressive publication record and knowledge, he was always friendly and generous with his time, encouraging, and consistently curious. With a genuine interest in the environment, particularly wildlife, he traveled the world and introduced us who tagged along to his fascinating and ingenious interpretation of environmental challenges into economic models that he scribbled on a pad. The world has lost a brilliant and colorful scholar, environmental economics has lost one of its great pioneers, EfD has lost an intellectual leader and many of us have lost one of our most beloved friends.