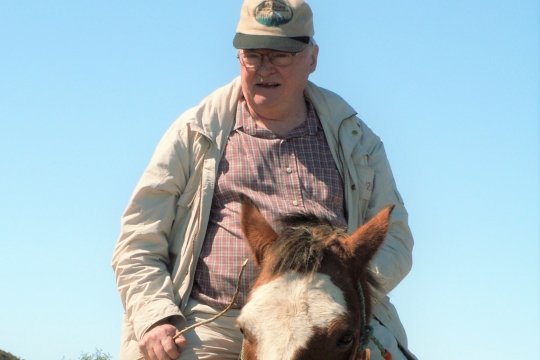 EfD and the World of environmental economics has lost a great mind and a great friend.

Karl-Göran Mäler passed away a few days ago. He died peacefully in a retirement home in Stockholm. As the founding director of the Beijer Institute of Ecological Economics he insisted that ecological economics must be a true, deep and respectful collaboration between economists, ecologists and other scientists. In the last 24 hours I have read more than a dozen long and loving letters describing what Karl-Göran (KGM) meant to many of us who are today senior figures in ecological economics across the World. His career started with a ground-breaking thesis from 1974 published by RFF. This book has the seeds of many of the directions that our profession has taken. I quote from one particularly eloquent letter by Scott Barrett below.

KGM made a big mark in history through Beijer and the many initiatives that we jointly took, with generous funding from the Swedish International Development Cooperation Agency, Sida, to spread environmental economics in developing countries. One important activity was to arrange workshops in country after country to interact with local academics on the application of environmental economics. Eventually this led to the formation in one continent after the other to a series of regional networks for environmental economics, SANDEE, and EEPSEA in Asia, EENESA and then RANESA and CEEPA in Africa, LACEEP in Latina America. The courses and network meetings led to many memorable discussions, papers and life-long friendships with young students from all over the World. KGM had a knack of listening to young students and an enormous network of influential economists including towering giants such as Partha Dasgupta and Ken Arrow. Bringing them all together in meetings in convivial settings – which often included early morning birdwatching – was a key ingredient.

He played a major role for us in Gothenburg by being a partner of our dedicated PhD program and thus indirectly for EfD. He helped select and mentor students. Our PhD program in environmental economics which through the years graduated around 50 PhDs, always had a course in systems ecology in Stockholm and many students have made memorable visits to the Beijer where our students met with many inspiring researchers. Karl Göran helped many of the students personally and also supported the program by bringing in great people like Partha Dasgupta, David Starrett and Elinor Ostrom who came many times to teach in our program and mentor our students.

One of our alumni, Jorge Bonilla just wrote “We had the chance to visit Beijer Institute. Our gratitude to you for providing us this perspective of environmental economics. Karl-Göran Mäler contributed to the world with a new school of thought. With his views, a new generation of scholars are around the world encouraging the integration of ecological analysis and resilience in the study of socio-ecological systems.”

“Karl-Göran was a great man and a giant, just as Calle and Christina said. He was a pioneer in environmental economics. His book, Environmental Economics: A Theoretical Inquiry, remains a foundational contribution to the field--which, at the time the book was published (1974) was just being born. What astonishes me most about the book is its range, covering topics from the environment in general equilibrium theory to valuation. His research on The Acid Rain Game, which was ultimately published in different forms, paints a landscape of the problem of how to get countries to cooperate on a critical transboundary environmental problem. Later, he and Partha Dasgupta wrote seminal papers on incorporating Nature in national income accounting.

His biggest achievement, and the one that brought all of us together, was to establish the Beijer Institute of Ecological Economics, with a mission to integrate ecology and economics. At the time he took over (I believe, 1990), ecology had pretty much left humans out of the picture, just as economics had pretty much ignored Nature. The Beijer's mission was to change this, and it succeeded. Another mission was to spread knowledge of environmental economics to all corners of the world, and to turn the attention of environmental economists to environmental problems in developing countries. Here again, the Beijer succeeded.

Karl-Göran did this with his best friend, Partha Dasgupta. When Karl-Göran became director of the Beijer Institute, Partha became its advisory board's chairman. Watson and Crick, Lennon and McCartney, Dasgupta and Mäler.

For Karl-Göran, it was collaboration that mattered. Relationships. Friendships. That's why the Beijer feels like a family. It has been one for me.”