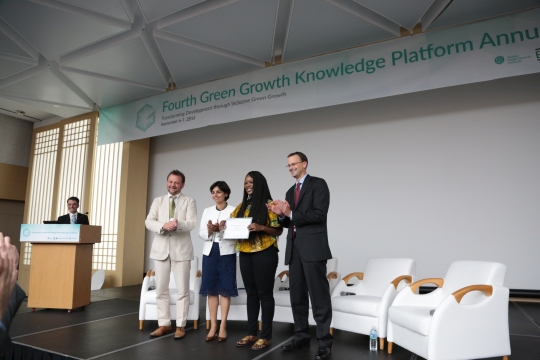 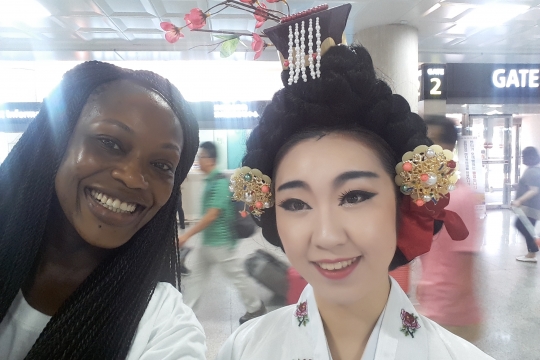 THROUGH YOUR RESEARCH, WHAT DO YOU FIND AS THE ROLE FOR INCLUSIVENESS IN THE TRANSITION TO A GREEN ECONOMY?
Inclusiveness has a big role to play in green economy. The research  points to the inclusion of gender dynamics in green economy.

WHAT ARE THE NEXT STEPS FOR YOUR RESEARCH?
I want to continue my gender work in Tanzania. South Africa and Tanzania have different economies hence I am interested in exploring  my research further in a resource-constraint country like Tanzania. My next move is to come up with some potential solutions to the current gender problems I have been addressing.

HOW HAS THE GGKP CONFERENCE AND GLOBAL GREEN GROWTH WEEK BEEN USEFUL  FOR YOU?

The conference correlates well with my research work and my passion about addressing the many sustainable development challenging in Tanzania, and in sub-Saharan Africa in general. My expectation on the conference was to  interact with people from various developing countries, outside sub-Saharan Africa such as Mexico and Mongolia, with the hope of learning from their country experiences and hoping that in turn they will learn from my work in sub-Saharan Africa. But it is also important for me to learn from other developed regions as well. I have particularly enjoyed the part of the program  that related to water and gender which are some of the key challenges in Tanzania.