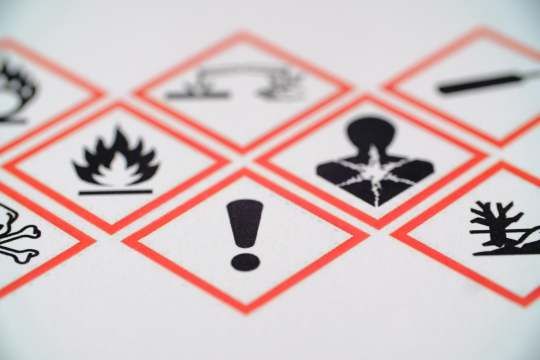 The regulation of hazardous chemicals in Europe has been shaped by economic interests, according to a study published in Nature Communications. The researchers, from the University of Gothenburg and Chalmers University of Technology, find that regulators focus on chemicals of secondary importance leading to lesser than anticipated hazard reductions.

“We show that the most important factor in whether a substance is subjected to binding limitations and conditions is whether it is being produced in, or imported into, the European Economic Area. The regulators are less likely to list a substance as hazardous in the Candidate List of substances of very high concern if it affects the economic interests of European firms,” says EfD researcher Jessica Coria, Associate Professor in Economics at the School of Business, Economics, and Law in Gothenburg.

Aimed at protecting health and environment

Estimates by the European Environment Agency suggest that 62 percent of the volume of chemicals consumed in Europe in 2016 were hazardous to human health, with the potential to cause a broad range of diseases. In the European Union, the REACH regulation (Registration, Evaluation, Authorization, and Restriction of Chemicals) has the explicit aim of ensuring a high level of protection for human health and the environment. Through the Authorization program, the manufacture and use of substances of very high concern, which may have serious effects on human health and the environment, can be subjected to binding limitations and conditions, including complete prohibitions.

The route to authorization starts with substances being listed on a Candidate List, where member states or the European Chemical Agency propose substances for inclusion. Chemicals on the list undergo a prioritization process to be included on an Authorization List.

Questions the effect of the system

In their study in Nature Communications, researchers Jessica Coria, Erik Kristiansson, and Mikael Gustavsson, at the University of Gothenburg and Chalmers University of Technology, investigate the relative importance of toxicological properties, economic motivations, and available scientific knowledge as drivers of inclusion on the Candidate List.

Naturally, they find that hazard reduction and available scientific evidence about the effects of the chemicals are important drivers. However, the evidence in the published paper suggests that regulators have listed chemicals of secondary importance leading to lesser than anticipated hazard reductions, either because production and imports had already ceased before the listing, or because the compound has never been produced or imported into the European Economic Area at all.

“Our study includes all chemicals in REACH and clearly shows that economic factors influence what chemicals are included on the Candidate List,” says Mikael Gustavsson.

“Even if it is not surprising that economic interests affect the selection of chemicals, the relative importance of current production or importing of the substance in the European Economic Area is somewhat surprising and calls into question the actual effect of the Candidate List in removing substances of very high concern from the market,” Erik Kristiansson adds.

May be harder to agree over time

The results of the study suggest that low-hanging fruit has been picked first and that it may well become increasingly difficult over time to agree on chemicals of very high concern for which there is little political opposition due to a lack of local production.

“This might require a fundamental redesign of the process to ensure that hazardousness becomes the most important driver of inclusion on the Candidate List and that hazardous chemicals produced or imported in the EEA are listed even if they affect the economic interests of European ﬁrms,” Jessica Coria says.