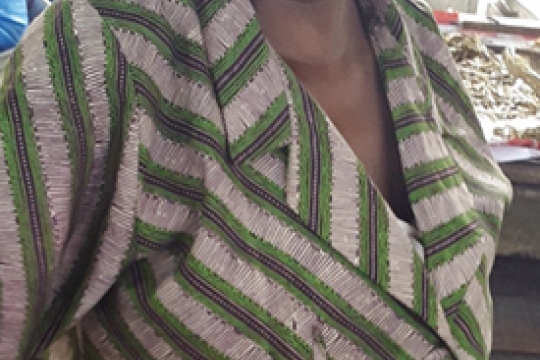 Calculating the value of pollination for Tanzanian farmers

CAPE TOWN, SOUTH AFRICA: Tanzanian households, who are heavily dependent on small-holder and often subsistence farming for their livelihoods, benefit from the free ecosystem services offered by wild pollinators, which boost agriculture yields.

This is the preliminary finding of Dr Byela Tibesigwa, with the Environment for Development Tanzania (EfDT), who is working with the recently formed Ecosystem Services Accounting for Development (ESAforD) initiative to calculate the economic value of wild pollination for farmers in Tanzania.

‘There is a fear that, globally, animal pollinators are decreasing,’ says Tibesigwa. ‘There are a lot of studies looking at the impact of that on agricultural activity, and the possible loss of revenue to farmers as crop productivity declines as a result.’

‘But most of these studies look at commercial farming. Few consider the economic value of pollination to small-holder or subsistence farmers in developing countries.’

Tibesigwa presented her findings at an ESAforD working group workshop, held in Cape Town in April 2016. The ESAforD working group is a seven-country collaboration that is attempting to establish a set standard for evaluating ecosystem services across the globe. This will be the ecosystem service equivalent of the ‘gross domestic product’ which is a United Nations’-established way of showing economic performance in a standardised way, as set out in its ‘system of national accounting’.

‘Our initial findings show that small-scale farmers are heavily dependent on pollination services for their crops to be productive.’

While these are early findings, Tibesigwa says, they are part of an effort to get a robust calculation of the value of this particular ecosystem service to small farmers in the developing world.

In South Africa, for instance, half of all food crops are pollinated by insects. Local researchers estimate that this has a commercial value of about R10 billion per year. But how does this compare with the calculated value of pollination services in a country such as Costa Rica, or Ethiopia, or Tanzania?

One year into the four-year project, the working group met this April in order to formalise the methods they’ll be using for the study.

Tibesigwa is interested in gaining a better understanding of the gender dynamics underpinning small-holder farmers and pollination services in Tanzania.

‘Our preliminary results show that women farmers benefit more from agricultural pollination services than male farmers, but we have a long way to go if we want to understand this relationship better.’

This ESAforD workshop was hosted by the University of Cape Town’s Environmental Policy Research Unit (EPRU), also one of the working group partners, and the initiative is led by the Swedish Environmental Protection Agency.