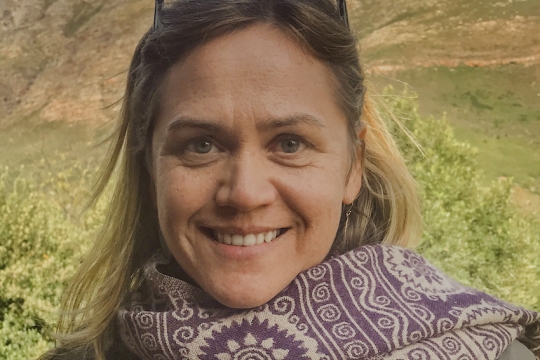 Martine Visser, head of the EfD Center in Cape Town South Africa, was interviewed on BBC Business on how we can use nudging as a way to change people's behavior in a favorable way. The program features also, among others, Nobel prize-winning economist Richard Thaler.

When Barack Obama was the president of the US, he was a big fan of the nudge theory. In the UK in 2010, David Cameron’s government even established a nudge unit in order to apply behavioral science to public policy.

Nudging has become a buzzword in behavioral research as well as in policymaking. Richard Thaler co-authored the book Nudge – improving decisions on health, wealth, and happiness. A great amount of literature has been inspired by nudge theory since then.

Successful use of nudging in Cape Town

“The idea is that if people aren’t perfect and sometimes make poor decisions, it might be possible to help them, to nudge them. (…) There are ways to help people without forcing them”, comments Richard Thaler in the BBC broadcast.

In 2015, there was a catastrophic drought in Cape Town. It was so bad that it was feared that day zero, that is the day the city would dry up completely, was only a matter of time in coming. A team of economists was tasked with coming up with innovative ways of persuading citizens to cut down on water use. Martine Visser was an integral part of this.

"Can serve as inspiration"

“It’s important for policy-makers to become aware of the multiple ways they can use nudging as a way of changing people’s behavior”, says Martine Visser.

“This program focuses on several cases that can serve as inspiration”, she says.

The city of Cape Town used among others financial incentives and social norms in innovative ways to make the citizens lower their water consumption. And it worked. Not only did they consume less water, but the effect was also sustained over the entire two-year period that the measures lasted and even after they stopped sending people nudges.

(The interview with Martine Visser starts about 10 minutes into the program.)