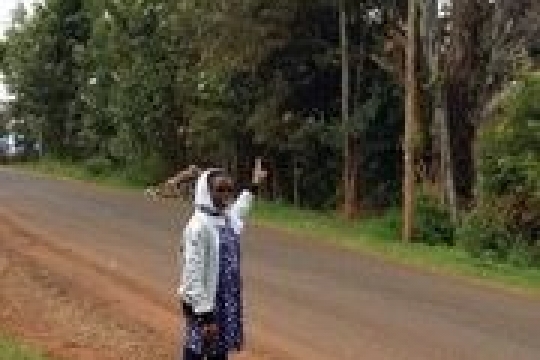 The mountainous countryside in Kenya is ideally suited for small-scale hydro power plants, particularly for communities that are too far from the national electrical grid, or where the infrastructure and connection costs are too high. But the government of this East African country has not exploited its hydro power opportunities, something which environmental economist Mary Karumba hopes to change as she returns to government service after completing her doctoral studies in South Africa.

Karumba’s research, done through the University of Cape Town’s Environmental Policy Research Unit (EPRU) in the School of Economics, focused on the social and economic factors which limit the use of renewable energy technologies in her home country, Kenya.

‘This work also focused closely on the successes and failures of existing micro-hydro power schemes in Kenya, while demonstrating the potential of these plants in meeting energy needs of rural households,’ Karumba explains.

‘There are about 38 such projects around the country, either operational, or in the pipeline. Some of the operational plants work well, and some have disintegrated. My research paid close attention to how willing communities are to pay for the electricity supplied by these power plants, and then how they structure their community-level governance associated with the plants.’

Before embarking on her studies, Karumba worked as an economist in the Kenyan Department of Planning and Statistics, and was seconded for a time to a research-related parastatal.

Since completing her doctoral studies, Karumba returned to the civil service in February this year. She is now back in the Department of Planning and Statistics, and is attached to the energy and infrastructure planning division. She believes her doctoral findings will be able to help inform policy, particularly in regards to the design of renewable energy projects there.

‘Kenyan energy policy is biased towards rural electrification using the main grid. We know that rural households have very minimal electrical loads, and that we can meet these from renewable micro-grids. However, even though the country has big potential for solar and micro-hydro power, the policy is strangely quiet on this.’

Karumba says that even though some external funding agencies initiated many small hydro schemes around the country in the past two decades, the state has not followed through with supporting the technology or spreading it around the country.

‘The result is that even in situations where communities want to adopt micro-hydro themselves, the government hasn’t assisted them.’

However, Karumba believes the ground is fertile for the inputs she can now bring to her department.