The number of hot days is steadily on the rise and projected to increase at all land locations in almost all climate models. Poverty pockets in developing countries are expected to be harshly hit due to climate change compared to not so poor areas. Heat stress is a grave threat to human health and, therefore, to productivity and welfare. The impacts of high temperatures on informal-sector workers who are among the poor in developing counties, and are likely more exposed to high temperature than any other group with the exception of agricultural workers, is largely unknown.

This project will provide the first measurements of a very important welfare impact of climate change throughout the developing world. It will provide necessary inputs for understanding adaptation strategies for formulating policy intervention in India and other countries.

More specifically, we will measure the income loss of urban daily-wage workers and self-employed persons on high-temperature days in Bhubaneswar, the capital of Odisha state in India. It is important to assess the welfare impacts of climate change. We will conduct daily time-use and income surveys of such workers over the summer months (10th April to 15th June) when the temperature varies between 30° to 42° C. The sample will be drawn from a slum where approximately 100,000 poor households reside, with most of them earning their income in the informal sector. Self-employed workers will be studied because their income depends on the number of hours worked and they have no fixed income. Daily-wage workers’ incomes may also be affected by heat if demand for their services falls or they are unable to work due to the heat. All the major occupational groups will be surveyed.

The identification of the temperature effect on income will be through worker fixed-effect panel regression estimates, which are likely to control for other cross-worker unobservable effects. Along with income loss due to temperature, we also plan to study the private adaptations of households related to occupation, energy use and food consumed to adapt to heat stress. Such micro-level assessment can provide complementarity to macro level assessments of cost of climate change for different sectors and help in national adaptation policy formulation. 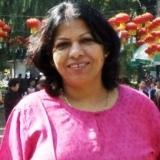 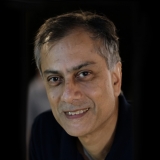