Climate change and variability are affecting weather patterns and causing seasonal shifts with serious repercussions for households and communities in Kenya. The livelihoods of the majority of Kenyans are therefore threatened due to the potential adverse impacts of climate change, such as declining production and productivity, which could lead to food insecurity. To mitigate the negative impacts of climate change and variability, farmers need to adopt different strategies, such as new crop varieties, crop and livestock diversification, and water-harvesting technologies. These climate change adaptation strategies are expected to influence the level of food production (hence food security) in the country, and therefore their linkages with food security in Kenya need to be studied. It is against this background that this study was undertaken to assess factors influencing climate change adaptation and the implications of adaptation for nutrition, measured in kilocalories (Kcal) produced. To accomplish this task, an endogenous switching regression model is applied to household survey data of 708 households from 38 counties in Kenya. The results demonstrate that mean temperature does not influence Kcal production but increased precipitation can negatively or positively influence Kcal production, depending on whether it rains during harvest, land preparation or crop growing periods. Households living in areas with different soil types are likely to produce varying quantities of Kcal depending on the soil type. This requires intervention in improving soil fertility, alongside adopting crop enterprises suitable for these areas. In addition, older and more experienced farmers will produce more nutrition compared to younger farmers with little farming experience. Finally, it is shown that farmers who adapted to climate change produced 1,305,414 Kcal against 564,789 Kcal for households that did not adapt. The treatment effects results show that farm households that actually adapted would have produced about 996,224 Kcal less (that is, about 23.7% less) if they had not adapted. By contrast, if farmers who did not adapt had adapted, they would have produced about 773,879 Kcal more (that is, about 27.01% more). Thus, adaptation to climate change significantly increases production of nutrition 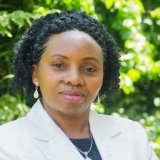 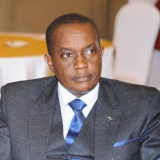 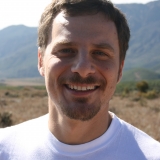 Due to Copyright we cannot publish this article but you are very welcome to request a copy from the author. Please just fill in the information beneath.