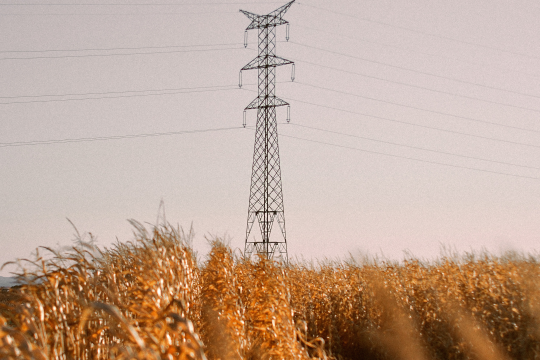 Joining forces for climate change adaptation in the ag-energy sector

The peer-learning project “Policy-research partnerships for pragmatic evaluation of climate change adaptation and development models in the ag-energy sector” was launched on April 6th in an online meeting.

The project focuses on climate-vulnerable areas where resources supporting adaptation are scarce. Rural, agricultural households in low and middle-income countries (LMIC) feed much of the world, bear little responsibility for climate change, but are coping with major risks from climate-related shocks.”

Climate finance represents an important opportunity to bring innovations to agricultural settings, improve resilience, and drive new and inclusive low-carbon development, but that kind of funding does not usually target smallholder farmers.

Facing challenges in the future

“Small-scale agriculture generates 80% of the food and 40% of jobs in Sub-Saharan Africa and South Asia. This sector is highly vulnerable to changes in climate; has massive ramifications for farm-, community-, and national-level resilience, and has significant climate mitigation potential,” said  Jonathan Phillips, Director of the James E. Rogers Energy Access Project at Duke University.

“However value chains and the financing institutions serving them are attracting only 0.2% of global climate finance. How can this happen?“ he asked.

He and his team have studied three low-carbon agriculture value chains (irrigation, cold storage, processing) and interviewed 35 climate investors and SME’s operating in those value chains to gauge their potential contribution to climate adaptation and mitigation, and to identify finance vehicles and policy reforms needed to scale them. They concluded that “NDC’s may be calling for adaptation finance but what’s being delivered is overwhelmingly for mitigation. And more importantly, adaptation potential is massive but impacts are difficult to define, measure, and verify, making adaptation benefits hard to benchmark or monetize'”, defining the main challenges the researchers will have to face.

Working on the objectives

The main goal of this project is to develop a coordinated and policy-relevant learning agenda that will produce evidence to support more targeting of climate finance to vulnerable smallholder farmers, with a particular focus on small and medium enterprises (SME’s) working in agriculture-energy technology value chains.

Tanya Kothari and Sebastian Czakon, from the Shell Foundation, commented on their organization’s role and previous experiences in similar projects, mainly related to solar irrigation and cold chain.

They also explained some of the challenges they have faced for impact evaluations and improvement opportunities, and told that the main objective of this collaboration project among Shell Foundation, EfD and Duke, is to unlock higher climate adaptation investments into LMIC’s.

In the final half of the workshop, the researchers were divided into groups to define the scope and content of the interactions with stakeholders; work to develop interview guides, and consolidate country perspectives.

The next steps in this collaboration project will be to do some interviews. Each country team will interact with country stakeholders, and provide inputs to the research agenda. Remidius Ruhinduka (EfD-Tanzania) and Marc Jeuland (Duke University, co-lead of SETI) will set up the learning agenda and methods proposed for evaluating ag-energy adaptation and modernization.

Other planned activities include interactive workshops to socialize stakeholders on the rationale and framework for evaluation, and, hopefully, a pilot of the project which consists in a set of evaluations applying the framework.

Where are the researchers leading this project from?
SETI: The Sustainable Energy Transitions Initiative (SETI) is an interdisciplinary global collaborative that aims to foster research on energy access and energy transitions in low and middle-income countries, and to better understand their drivers and dynamics, as well as their impacts on health, gender equality, economic growth, poverty alleviation, climate change and natural resources.
EfD: Environment for Development (EfD) is a global network of environmental economics research centers solving the world’s most pressing environmental and development challenges. It contributes to effective management of the environment in the Global South through policy-relevant research, capacity development and policy engagement.
Shell Foundation: Shell Foundation (SF) is a registered charity, founded by Shell in 2000, that exists to support people living in low-income communities to escape poverty and ease hardship. It creates and scales business solutions to enhance access to energy and affordable transport as a means to achieve this.
Resources for the Future: Resources for the Future (RFF) is an American nonprofit organization, founded in 1952 that conducts independent research into environmental, energy, and natural resource issues, primarily via economics and other social sciences. Headquartered in Washington, D.C., RFF performs research around the world.