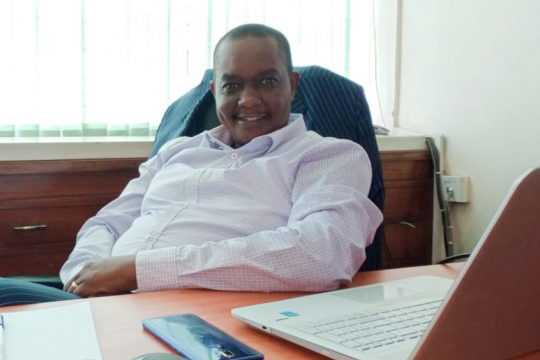 Kenya needs to adopt Just Transition in its low carbon development discussions as the application of this concept is still minimal or non-existent according to Prof. Richard Mulwa, Center Director at EfD-Kenya at the University of Nairobi. He will speak on the topic in a seminar on September 29th

What do you mean by a “just transition”?

Are there any current discussions in Kenya?

Just Transition has only been mentioned in passing as an aspiration in the updated NDC. Other critical climate change documents in Kenya do not include Just Transition. Starting this discussion will be critical for the country as there is a need to identify sectors whose  actions for climate change mitigation will change how things are done.

Which sectors need to decarbonize and why?

The agriculture sector contributes about 40% of total emissions. In the energy sector,  68% of Kenyans depend on biomass fuel, 21% on imported petroleum, 9% on electricity (with thermal energy constituting 21% of the generated electricity), and the rest on other sources. In the industrial sector, cement manufacturing and charcoal production are critical emitters. The forestry sector is also expected to contribute significantly to mitigation through afforestation (planting trees where there were none before), reforestation and restoration, avoiding deforestation and forest degradation.

In the transportation sector, the Standard Gauge Railway (SGR) is used for cargo transportation with future expectations of an electric SGR. Another proposed intervention is the  Bus Rapid Transit (BRT) transport to ease movement in cities.  Finally, electric generation from waste and use of the landfills is proposed for waste management.

The suggested mitigation actions in the NCCAP will produce gainers and losers; thus, it is vital to include the sectors in the Just Transition discussions.

Who is affected by a Just Transition?

Climate change affects everybody! It is therefore important to invite broad discussions with government ministries and agencies, non-government organizations, civil societies, the private sector, trade unions, farmer representatives, and others.

What are the challenges of a Just Transition?

Some of the barriers to Just Transition are; limited stakeholder engagement, limited data, lack of a policy and legal framework and limited financial resources to meet the budgetary demand of people left out in the transition to green jobs. Going into the future, this is a discussion we should have as a country.