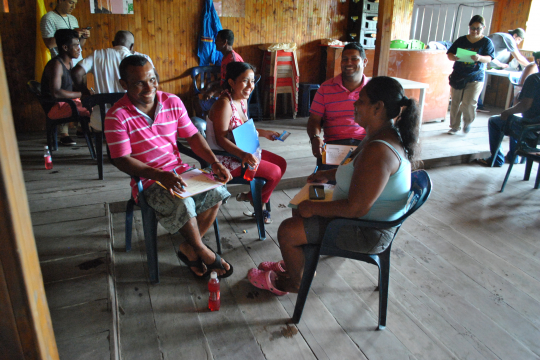 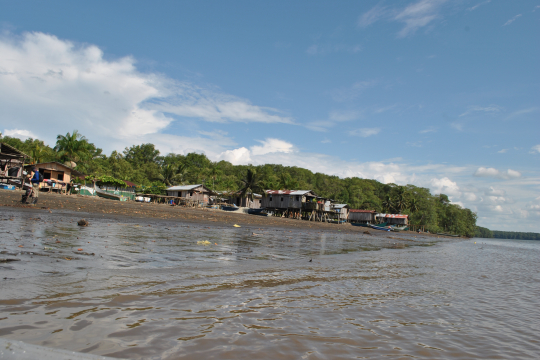 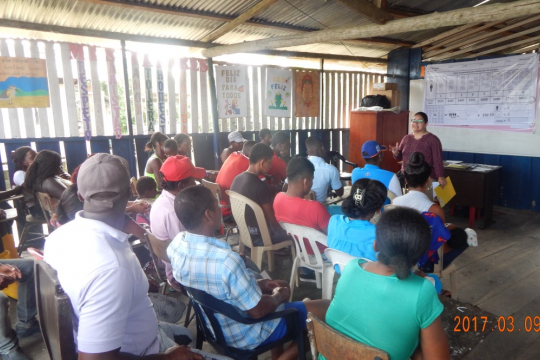 Better together: Learnings and findings of mixed sex teams in mangrove use

Social expectations may indicate that women are more inclined than men towards protecting natural resources. However, EfD Colombia researcher and WinEED member Yady Barrero found in her PhD research that this depends on the natural resource and on the communities’ conditions. She studied how a fishing community with mangrove users in the Colombian Pacific made management and investment decisions in a conservation agreement framework. We talked with her to find out more about her research results:

Why did you want to research this topic?

When I was studying the literature, I found that gender – among other factors – is important for explaining the sustainable use of resources. This is particularly the case of forests in southeast Asia, but I found few sources on other natural resources related to Latin America.

I thought that it would be interesting to study the case of mangrove users because, on the Colombian Pacific Coast, gender is a key aspect in the use of these resources. Women go with men for fishing and men help women extract the mollusk “piangua” for mangrove security reasons and for the low prices of shrimps.  Extracting this mollusk is also a physically demanding activity.

Furthermore, some years ago, this community was implementing a conservation agreement for the sustainable use of piangua. All the community received some training in using that resource sustainably. For example, they learned how to measure the size of the mollusk, what size the extracted mollusk should have, in what zones of the mangrove they may or may not extract the mollusk. As part of the conservation agreement, the activity of extraction was monitored and the monitor acknowledged that the groups fulfilled the requisites for extraction. All the community, women and men, participated in the management of the resource.

Were there any special challenges?

I think that there were three special challenges:

The first challenge was to understand the afro-descendant communities and in general any community. This means that a researcher has to get to know them, respect their traditions, and learn from them. This is the nicest challenge.

The third challenge is that doing experiments is expensive and it is very different from doing experiments in the laboratory. The experimental approach enriches the community and the researcher. The experiment is a playful experience and a learning game, in which the group discovers many things, for example, the participants discover that cooperation awards them with money. It was provided by researchers depending on their decisions during the game.

What were the results? What did you learn?

The experiment was based on forming teams according to the sex of the participants. We had teams of four men, four women, and mixed-sex teams (three women and one man, two women and two men or three men and one woman). The game consisted of two stages. First, all participants played a mollusk extraction game in groups without any interaction. Here I found that the groups with more women extracted more mollusks, while the groups that had more men extracted less.

Then I reminded the participants of the conservation agreement by using a “public good game”. Here each team decided how much they will invest in a community project mimicking the real conservation agreement and with communication as well. The investment in this context was related to the attendance of the meetings, the willingness to be monitored, and the active participation for sustainable use of the mangrove.

In the second stage, the participants played the mollusk extraction game again but included time for face-to-face conversations before each decision. I found that all groups extracted less than before, furthermore, mixed-sex teams (three women and one man) extracted less and cooperated more than all the other groups. In these teams, it was the men who decided to choose the more sustainable path.

How can this new knowledge be used?

In terms of public policy, there are two key features: first, conservation agreements must be socialized and not only signed. This means that the whole community must know about the agreement, participate in the design of the agreement and benefit from it.

Secondly, it is very important that women are active participants of the agreement and men respect and support their participation. This implies that men do not see women’s participation as an opportunity to put their responsibilities aside. This finding makes us reflect on the risk of failure of the female empowerment programs where men are not included. Our research shows that there are better conservation results when men and women participate together.

Any advice to other researchers (who want to do related studies)?

My advice is to be aware of the challenges. Rural and environmental researchers have a great responsibility to give voice to the communities. It has to be a genuine voice, not the voice of prejudice or expectations from the researchers. Other advice is that researchers must overcome difficulties and continue doing what they do because public policy needs that accurate input from academia.